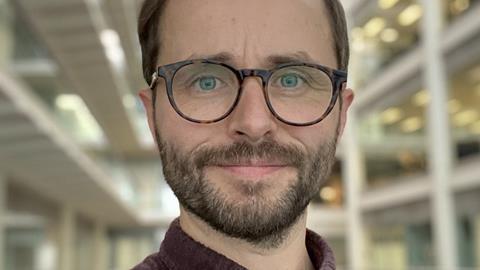 ITN has appointed Jon Roberts as director of technology, production and innovation.

He joins ITN’s senior leadership team to lead the technical strategy for the production company, guiding the management and development of broadcast operations, technology, studios, media management and workflows.

Roberts first joined ITN as a trainee in 2000 and has since held a number of senior roles, including technical director, programme director and head of studio technology.

He is currently head of studio operations, where he has been involved in a number of major tech projects, including launching the ITV News virtual reality studio; delivering multiple royal special events; and ITN’s switchover to remote working.

Roberts is also a programme director, with his credits including every general election results programme since 2005; the relaunch of News at Ten; the Brexit referendum results special; the IAAF World Championships from Doha; the Queen’s Christmas Broadcast and many others.

Deborah Turness, chief executive of ITN, said: “It’s fantastic that Jon is taking on this critical role as ITN plans the exciting rollout of new digital cloud-based systems, positioning our business for the future. He has huge experience, both in major infrastructure projects and broadcast production, as well as a deep knowledge of the company. ITN has one of the best technology teams in the industry, with a history of ground-breaking innovation, and Jon will bring tremendous energy, expertise and vision to the job.”

Roberts added: “I first joined ITN as a trainee 21 years ago and have had the privilege of working alongside our expert technical and production teams on many of our biggest projects. I’m delighted and incredibly proud to have been appointed to this role and to have the opportunity to lead such a talented and dedicated team. This is a pivotal time in broadcast technology, with new advances creating fresh opportunities and whole new ways of working, and I’m really excited to see how we can continue to develop and innovate in the coming years.”