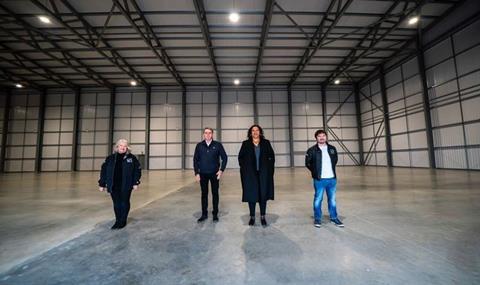 Liverpool-based film and high-end TV drama studios, The Depot, will open from 4 October.

Built by council contractors Morgan Sindall, the Depot has two 20,000 sq ft sound-proofed film and TV production units, and is a 10-minute drive from the city centre and M62.

It hopes to capitalise on Liverpool’s status as the second-most filmed city in the UK and keep productions in the region for longer. Productions such as Sky’s Funny Girl and Channel 4’s The Curse are currently being filmed in the city, and it recently invested in and supported Channel 4’s Help, BBC’s The Responder, and ITV’s adaptation of The Ipcress File through its LCR Production Fund.

It is managed by the Liverpool Film Office, and aims to find productions that will employ local crew and work with local businesses on training initiatives.

After a £17 million investment from the Liverpool City Region Combined Authority’s Strategic Investment Fund, it is hoped that the studio will deliver a £24 million economic boost to the area - creating 360 new jobs and 760 indirect jobs.