Major TV and film studios to open in Birmingham 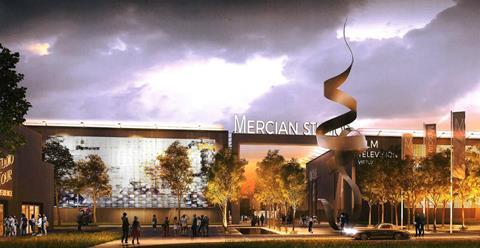 Steven Knight, the Birmingham-born screenwriter, film director and creator of Peaky Blinders, has revealed plans to open a six-stage TV and film studio complex in the city.

The 20-acre site, called Mercian Studios, will be located near Birmingham airport and include six sound stages. One will be a ‘shiny-floor’ studio with audience handling to enable TV shows to be broadcast from there.

It will also have on-site post-production and the usual range of facilities provided by a large-scale TV and film studio, including set builders, electricians, carpenters, costume, hair and make-up and props.

Knight has been planning the studios for the past three years and anticipates that by the end of this year, everything will be in place for work on the development to start.

“There’s a hole in the middle of the country in terms of media production, so I thought, why not build a studio there?”

He told Broadcast: “There’s a hole in the middle of the country in terms of media production, so I thought, why not build a studio there? I have a very clear vision of what it should be and what it should look like.”

The size of each studio hasn’t yet been announced, but Knight says: “All will be a good height and five out of the six will be a really good size. One will be more compact.”

The studios will be as eco-friendly as possible, with Knight describing the complex as “the greenest TV studios in existence”.

He added: “There will be bird sanctuaries on site, and no plastic bottles will be allowed. We’ll also contribute energy to the grid.”

Positive impact Knight said the studios will be designed to have a positive impact on the surrounding area. “It will have a halo effect. We will create a public area together with the studios, with bars, restaurants, a cinema and a theatre. It will become a destination in its own right for the general public as well as film-makers.”

The studios will offer apprenticeships, teaching craft skills used within the studio environment. Knight is currently working with broadcasters and film academies on how best to progress the educational side of the development.

Knight, who set Peaky Blinders in Birmingham, is passionate about developing a sustainable TV production community in the West Midlands. Even so, it’s an unusual move for a screenwriter to want to become a studio developer.

“You have an idea and if people react positively to it, you go to the next stage,” he says. “But this is not my world and I’ve just been pushing it all this time.

“I’ve had two years of meetings with the Mayor, city councils and property developers, and I am trying to make the whole thing as ethical as possible. As a writer, it’s providing some good material.”

Knight wanted to avoid using public money, so Mercian Studios is being funded entirely through private investment. He said: “I’m looking for partners with experience in studios who can work on developing it with me. I plan to be able to have it all agreed before Christmas and it will then take two to three years to create.

“There’s a need for more studio space in the UK, and TV studios ticked a lot of boxes in terms of employment and the opportunities it will bring to the area. Birmingham is just a short commute from London – once HS2 arrives in 2022, the train will take just 38 minutes.” 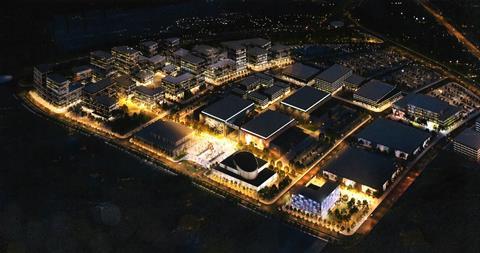