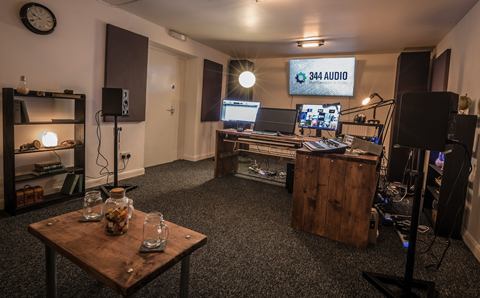 Five-year-old Manchester-based sound design company 344 Audio has moved to a new building in the Dukinfield area of Greater Manchester as part of an expansion of its services.

Its new office is in a former magistrate’s court, which 344 Audio’s owner Alex Gregson converted into a “state-of-the-art” sound recording and mixing studio.

The conversion of the space was self-financed by Gregson, who set up 344 Audio while studying at music-focused education provider SSR Manchester. The company was opened with EU-funded support from Greater Manchester’s government-backed business support service GC Business Growth Hub and the Prince’s Trust.

The move to the new, larger facility is part of an expansion of 344 Audio’s services to target commercials producers as well as TV and feature film clients.

Gregson recently worked with the actress Maxine Peake to record the narration of Channel 5 documentary Social Housing, Social Cleansing. He also mixed the sound for British film-maker Jack Spring’s latest film, Destination Dewsbury. Spring said: “It’s really nice to use crew outside of London. [Alex] is a hidden gem and I hope his studio build really puts him in the limelight.”

Gregson said: “In moving to and renovating part of The Old Courthouse, we aim to create a classy yet modest environment for film-makers to work with us on their sound design and audio post production, away from the hustle and bustle of the city centre.”