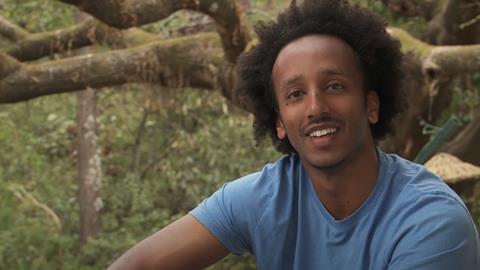 It has been created in memory of film producer and former MetFilm School student Dan Demissie, who tragically lost his life on 30 July 2019. Demissie attended the school in 2006/7, during which he pitched an idea that went on to become the feature film Town of Runners – which he co-produced. He was also a producer with MetFilm Production on School in the Cloud.

The Ealing Studios-based organisation are now launching this scholarship to help accessibility and equality in the film industry. One black applicant each year will receive the backing, which will cover tuition fees for either a BA or MA programme – worth up to £53,000.

The award will be assessed on financial need as well as talent and achievement – aiming to allow someone who otherwise wouldn’t be able to, to attend the school.

Director of MetFilm School, Jonny Persey, said: “Dan died too soon, and his legacy is strong in his films and amongst those of us who were lucky enough to know him, and we are honoured to launch this important scholarship for a black student in his name.”

He continued: “It is a response to a palpable need across the world. The screen industries which can have a powerful impact on attitude and opinion, through the stories we choose to tell and diversity on and off screen.”

“We are grateful that the Black Lives Matter movement is focusing the world’s attention on some of the most profound injustices in our world, and we are proud to play a small part in the transformation we all need to support.”

Demissie’s brother, Simon, added: “On behalf of Dan’s family we are truly grateful and honoured that MetFilm has created this scholarship in his name. Film was a great passion in his life, and an avenue where he was able to be creative and produce work we are so proud of.”

“Dan always went out of his way to help other people, so it seems appropriate that this scholarship is designed to help people who so often have barriers put in their way. We are excited to see the work that recipients are able to create over the coming years, and are touched to think that he will be supporting them in some way.”

It is the third Voices That Matter scholarship at the school, and joins the Women in the Screen Industries scholarship - which is supported by MTV Staying Alive Foundation. It is a full scholarship for two students, one on the London campus and another in Berlin, Germany.