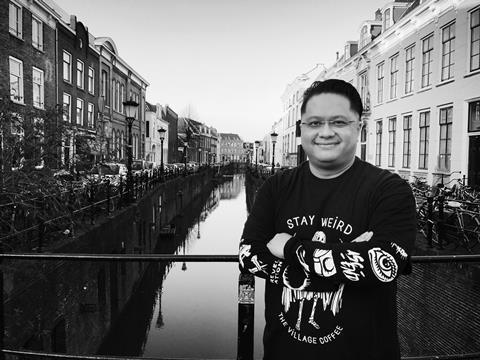 Molinare has brought in Brian Krijgsman to its colourist team.

Krijgsman has worked in both London and Amsterdam, first becoming involved with film-making while on a humanitarian mission in war-torn Yugoslavia.

He began in earnest as a Baselight colourist at Filmmore in 2002, before going to Framestore in 2004 - where he earned praise from cinematographers such as Christopher Doyle and Jonathan Freeman. He went to Amsterdam with Ambassador’s Studio in 2009, working on advertisements. He has since worked at MPC and Technicolor in London, working on both films and adverts.

Projects he has worked on include Marv Films’ Harry Brown, BBC Films’ The Edge of Love, Wayfare Entertainment’s Ondine, series one and two of Lemming Film’s Heirs of The Night, and Armando Iannucci’s – ‘In The Loop.’ He also won the Cannes Golden Lion award for his work on Warchild Batman.

Krijgsman said: “First of all I am extremely proud to be joining a diverse team of colourists at Molinare. I have been a big fan and a follower of Molinare and its creatives for a long time. I hope that my versatile background, having worked on commercials, features and documentaries, that I can add to the talent and passion for creativity here at Molinare.”

Head of picture at Molinare, Tom Woodall, added: “We are delighted to be welcoming Brian to Molinare, he brings incredible creativity and experience to our already strong grading team. Brian will be an integral part of Molinare as we continue to grow, build and collaborate with exceptional filmmakers crafting breathtaking looks for a variety of genres.”