He joins the company after 13 years at The Farm 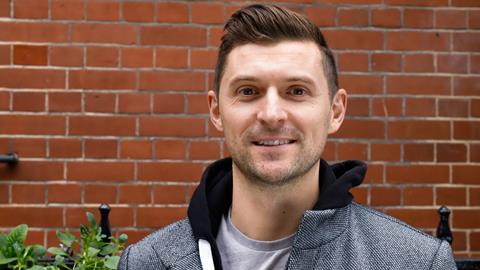 Molinare has appointed Tristan Powell to its sound team as factual mixer.

Powell has spent the last 13 years at The Farm, which he joined after gaining an interest in post-production from a BTS video, the Universal Studios backlot tour, and what went into some of his favourite films whilst living in LA.

Since joining The Farm in 2008, he worked his way up the departments, earning a nomination for the Broadcast Young Talent Award in 2014 in the Sound Post category and becoming a Broadcast Hotshot in 2017.

His work has spanned Long Way Up on Apple TV+, for which he was nominated in the Daytime Emmy Awards 2021 for ‘Outstanding Sound Mixing and Editing’, and The Grand Tour - Series 2 on Amazon Prime Video, for which he was nominated in the BAFTA Television Craft Awards 2018 in the ‘Sound Factual’ category. He has also been involved with Expectation Entertainment’s Clarkson’s Farm, Swan Films’ Grayson’s Art Club, and Label1’s Hospital.

Powell said: “I’m excited about taking this next step in my career and looking forward to working with such an established company with so much history and an exciting future ahead. I’m a strong believer in pushing yourself to learn new things and this is a great opportunity for me to expand my skill set and work with and learn from some truly talented people.”

James Doyle, Molinare head of audio, added: “I am delighted to be welcoming Tristan to Molinare. His arrival comes at an exciting time of change for the company. Tristan has good experience and knowledge of sound for factual and feature documentaries, but it is also his passion and good character that we are pleased to have here at Molinare. Greg and the team are confident Tristan will quickly become an integral part of our team and ensure Molinare is able to continue to deliver to the highest level.”