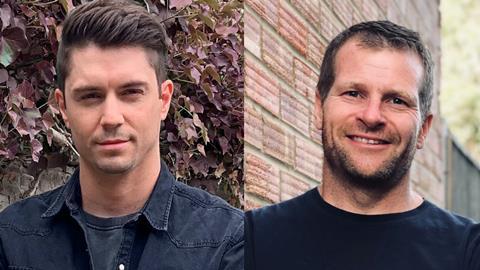 VFX house MPC has expanded its broadcast-focused wing, MPC Episodic, with the recruitment of seven new staff and a new Berlin office.

Christopher Gray (pictured, above left) has joined as executive producer. He joins from Framestore.

Between them, MPC Episodic’s new recruits have a combined experience of more than 60 years.

Their credits include The Witcher, Black Mirror, Chernobyl, The Boys and the Watchmen series.

MPC Episodic launched in January 2020, and has worked on a number of series for Disney+, BBC Studios, Apple TV+ and Amazon Studios. It’s about to start work on Sky Studios and HBO’s forthcoming mini-series The Third Day.

The division has also announced a new Berlin arm, led by head of studio, Thomas Knop. His credits including Captain Marvel, Brightburn and The Kangaroo Chronicles, and he’s chair of VES Germany.

Knop’s team includes executive producer Franzisca Puppe, who joins from Trixter and has more than 15 years of production experience on features including Black Widow and The Amazing Spider-Man and TV series including Game of Thrones and Lost in Space.

MPC Episodic managing director, Tom Williams, said “I’m delighted that this talented group have decided to make MPC Episodic their home. We are building a fantastic team and have some truly exciting shows in the making. Our growth further demonstrates our commitment to the episodic market and increases the range of options MPC offers its clients.”