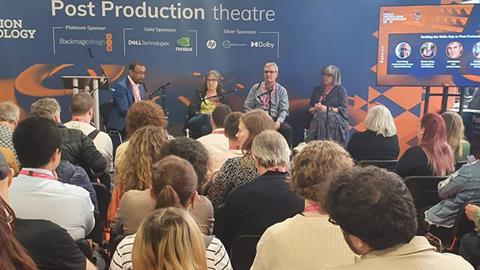 The challenges of attracting and retaining talent in the post sector were the subject of debate in the session Tackling the Skills Gap in Post Production at the Media Production Show.

Skilled post production staff are not only being poached by competitors in the post industry, but also by production companies or they are finding different roles on set or at firms such as Netflix, said Bray. Other people have rethought their lives in the wake of the pandemic and have quit the industry.

Hatton noted that Brexit had exacerbated the problem by making it more difficult for European talent to work in the industry.

The competition for talent is driving up wages, said Bengoa. However, many broadcasters have yet to recognise that wages have risen and have not adjusted their budgets accordingly.

Hatton said that not only have salaries gone up, but so too have the overheads of post houses. He cited a post house whose energy bill had risen from £100k to £300k in the past year.

With overheads going up but budgets staying the same or going down, the risk is that post companies cannot afford to invest as much in training.

The post industry should ‘take a leaf out of producers book,’ said Hatton and consider an equivalent of the High-End Drama TV Skills Levey for the sector - putting 3% on every invoice to help pay for much needed training.

However, the buoyant jobs market is creating challenges for employers who pay to train staff, only to find they move quickly to another company. To underline the point, a show of hands among attendees of the session revealed that one third of attendees had changed jobs in the past year.

“We have even heard of apprentices being poached” such is the demand for talent in post at the moment, says Neil Hatton.

The panel agreed that the post industry needed to shout louder about the career opportunities and training it can offer if it is to attract new talent.

Bengoa said that employers also need to be “really creative” in how to find and keep people, looking closely at the hours of work, remote working, perks and wages they offer.