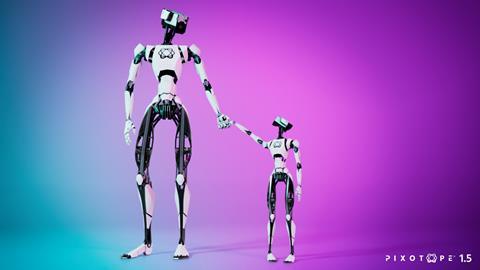 The Future Group has launched Pixotope 1.5, added several features in the latest update.

The virtual production and extended reality engine for live events now offers support for third-party plug-ins from the creative marketplace, such as Nvidia’s DLSS plug-in - which aims to improve performance when rendering high resolution tracked cameras in virtual environments.

In addition to this, Unreal Engine 4.26.1 is also supported. This has allowed other developments such as enhanced DMX workflows for real and virtual lighting, and Professional Codec support for Pro-Res, DNxHR and multichannel EXR. Plus, virtual lighting is improved by the Carbon plug-in from Imaginary Labs Inc. Carbon supports DMX lighting fixtures and models to create fully controlled virtual lights, as well as multiple translucent holdouts - including overlapping, which is vital when setting up augmented reality holdouts for extended reality stages.

There is free access to the extended reality tools during the 1.5 release.

Chief product officer at The Future Group, David Stroud, said: “After listening to feedback from our users, continuing to integrate with the latest Unreal Engine and workflow requirements in the field, was our main focus with this release.

“As we continue to deliver ongoing improvements to our software, Pixotope is being utilised across more and more productions in broadcast, esports, and live events.”