It delivered over 400 VFX shots for the film 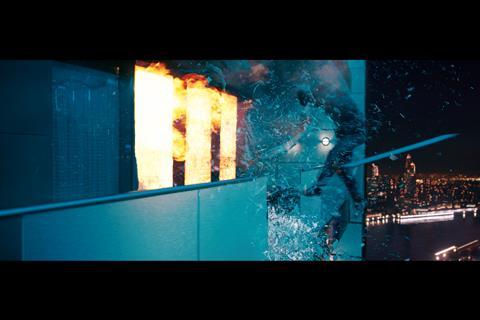 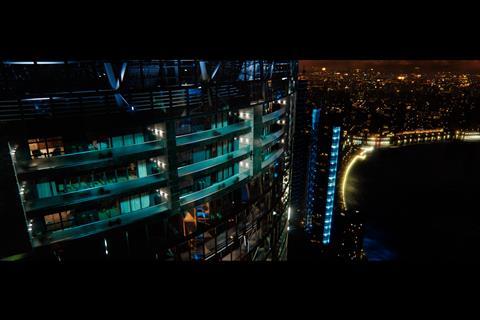 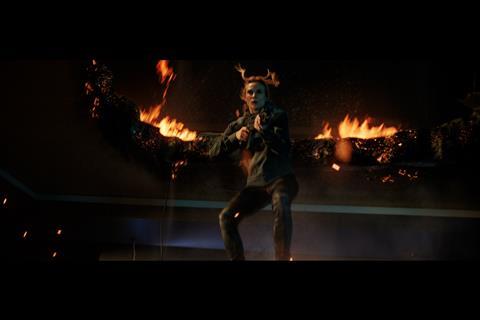 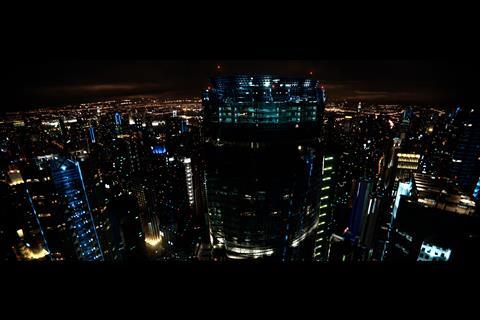 Goodbye Kansas Studios has revealed the work it put into feature film The 355, which was released in cinemas by Universal Pictures on 7 January.

The American action spy film directed by Simon Kinberg tells the story of a CIA agent who teams up with other international agents to recover a top-secret weapon. It is based on a screenplay written by Theresa Rebeck and Kinberg and was shot in London, Paris, Morocco and Taiwan.

Goodbye Kansas provided over 400 VFX shots for the production, with its team led by led by VFX supervisor Keith Devlin and producer Danny Evans alongside James Prosser, MD of Goodbye Kansas Studios London.

One of the most complex aspects of Goodbye Kansas’ work on The 355 was centred around Shanghai, where a number of action sequences were set. Unfortunately, access to the city was hindered for a number of reasons, including political factors and the ongoing pandemic, which meant the team had to rethink how they could make it work. 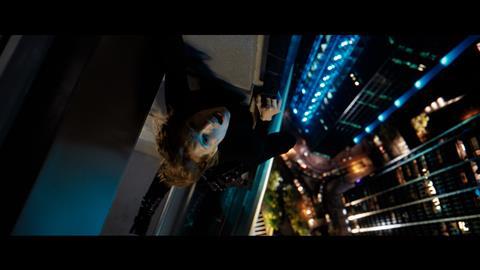 One of the action sequences centred around a skyscraper hotel and the initial workload included creating this in CG and extending the two-story live action set piece. The original plan was to have just a couple of establishing shots of the hotel, compositing the CG hotel against live action stock footage background.

However, after working with this stock footage it became clear that more was needed to bring the vision of the director, Simon Kinberg, to life. There was a desire to create more angles and more interesting camera moves so the team offered up a CG Shanghai solution to give the director the creative choices he wanted for the climax of the film. 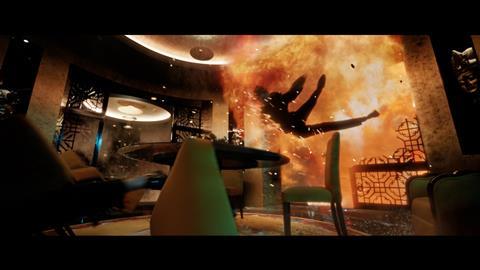 When it came to creating that authentic Shanghai environment, the team designed the camera angles to mimic real-world drone footage in order to keep with the stylistic intent that had already been established in the film. On the more technical aspect of building this cityscape, CG supervisor James Sutton said: “Modeling was done in Maya, alongside Substance for texturing. Maya was combined with V-Ray to create the lighting for the cityscape and Nuke for compositing. There were some really exciting sequences that we used a variety of other software tools for, including two bronze dragon statues which were sculpted using ZBrush and again textured in Substance.”

To truly give the CG Shanghai a sense of realism, the team used Houdini’s procedural approach to scatter street-level props and roof dressing over the whole environment in one go, rather than hand-placing it individually in Maya. The team also built a custom AI system that would allow them to give cars in these shots a life of their own. Sutton added: “It allowed us to incorporate detailed animation, such as driving around street blocks and stopping at traffic lights, in a very efficient way. It really adds a sense of realism to these environments.” 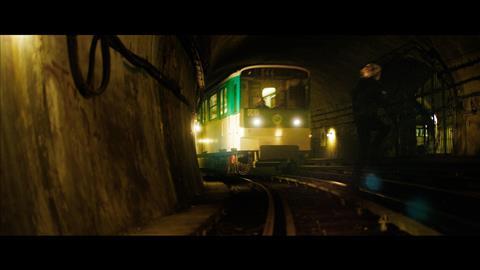 Another key scene in the film follows a high-speed action sequence that takes place through the underground tunnels of the Paris Metro. To make the shots feel truly authentic – a key requirement of Kinberg for an action movie – the team themselves went below ground to shoot in the real Metro tunnels. However, the team quickly realised that it wasn’t going to be as straightforward as they’d hoped. Devlin admitted: “Even with all the safety measures in place for our teams, there are certain things you just cannot do with real people in a real tunnel with real moving trains.”

“As Simon could see that we could give him more interesting shots with the trains, they started becoming more dominant criteria in the edit,” said Devlin. “Because we gave them more scope to play with the trains, it allowed them to do things in ways they couldn’t given the limitations of the physical trains.”

Part of the challenge involved making the CG train look as realistic as possible so that it would merge flawlessly with the surrounding environment. Sutton revealed: “We took plenty of reference images and once we got the CG model built we were able to find orthographic drawings of train carriages and engines to achieve the correct proportions. We even went as far as gauging the width of, and the distance between, the wheels. We even ended up writing a script for the finer train movement animations so it appeared as an organic movement to the viewer.”