Post-production uncovered: One Of Us on The Matrix Resurrections (feature)

One Of Us created over 200 VFX shots for the film 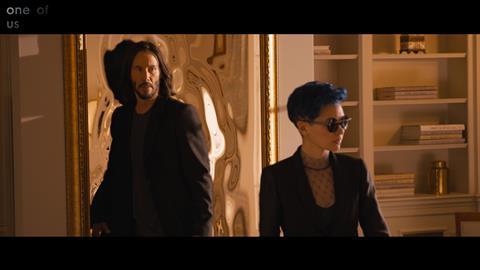 One Of Us has revealed the work it put into The Matrix Resurrections, creating over 200 VFX shots for the feature film.

Hamletsen revealed the tech that the team used: “On the CG and FX side of things we relied heavily on Houdini. Effects like Smith’s lips fusing together, warping hallways and characters dissolving into code are all quite complex design challenges. So having a software as open as Houdini really allowed for a lot of control when solving those challenges.”

He added: “Working with a clear reference of a preexisting effect was a new approach for me. We had to carefully observe the references from the original films, often frame by frame trying to figure out aesthetics and how the effects were created.”

Amzy added on the tech: “This project really blended a lot of departmental lines and some new bits of tech really helped the 2D team accomplish some very complex moments. But more often than not it was the overall quantity of work that was the driving force. We did a sizable amount of the facial tracking that was required for things like the mouth closing, cleanup, and retime patches and even to give to the hair team head track. This was all accomplished in Nuke, using the KeenTools plugin.

“For things like the subtle but ever-present image distortion that happens in Tiffany’s workshop once the gun is fired, we used the HigX tool to generate some 3D noise ripples in Nuke. The slightly caustical, crystalline distortion that can be glimpsed at times, which we called the medium, needed to be applied to almost every shot from that point on, so having a setup that we could move between shots was key.” 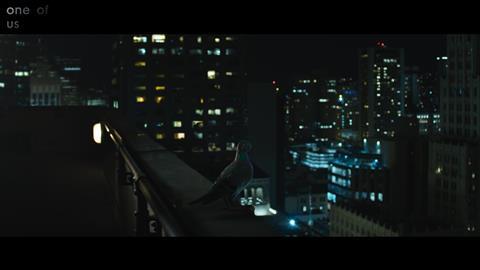 One of the most difficult sequences included a warehouse sequence at Trinity’s workshop which contained 126 shots by itself. Harry Landymore, associate VFX producer, said of that scene: “Originally when I was working on the film, back when they were testing it in September 2019, the approach to the sequence was completely different. It was going to be filmed underwater and there were some stylistic looks that were very important. In the end though it was shot in an above ground workshop.

“There was still a very specific aesthetic though, that she wanted to capture, and this could only be done at very specific times of the day, when the light was spilling through just right and also by shooting at various frame rates. There were then a lot of technical and creative questions that we needed to answer when working on the sequence, in order to figure out how it should all look. A large portion of the work was something called “the medium”, a translucent environment that almost pushed back against Neo.

“We also had some classic Matrix moments such as bullet time, and also some very complex stand-alone shots. Two of these, Adam and Ola worked on together to create Trinity dissolving into code and that went through a lot of design stages. So the biggest challenge was making sure that creatively we had the room to work through ideas and making sure that from a scheduling perspective and artists point of view we had the resources to be able to keep experimenting. So it was a constant battle between the two. This sequence was by far the most challenging.”

Donnelly added: “Putting together different plates at different time shots was a very complicated process. We had to film with an old-school technique where you have two cameras aligned in a stereo rig. One is filming in slow motion and the other is filming at normal speed. And then a lot of the other shots were filmed as multiple passes at different frame rates.” 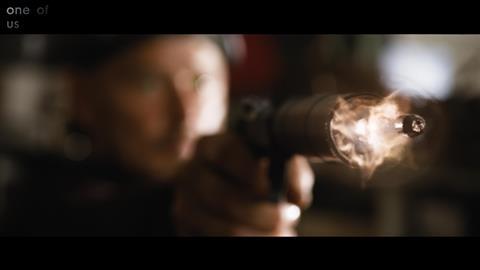 He continued on the warehouse scene: ”We started in a completely different direction from where we ended up with it. We did around 20 different versions of how the bullet turns to a flower petal - ‘ is it beautiful? Is it scary?’ It didn’t help that there were large periods between directing and the feedback, which happened because we were shooting during covid. We were in a place where we had 10 tests in play and they were all cool but we were asking ourselves which one we wanted to do properly. It was a long sequence made of 126 shots and to keep changing across so many shots was hard. Also coming back working from home was challenging because we couldn’t use big screens but only our home setups. That also fell into the challenge of it.”

Tom Debenham, One of Us director and production side additional VFX supervisor, pointed out: “Another challenging sequence was when Morpheus takes the red pill as opposed to the blue pill and he sees things differently. Lana wanted to do something to show the effect that it was having on him. There are two scenes, the first happens just after Morpheus takes the pill and it looks like something from the first Matrix but we called it the ‘back door hallway’.

“It is basically this white space with multiple doors and Morpheus and Bugs step out of this room and you get like distortion from the fact that there is some kaleidoscopic imagery going on. There is another sequence where he has been chased down a street, again part of that chase sequence and they go through a trap door into a world that’s the other way up and then come out from the corridor and then back into a street.” 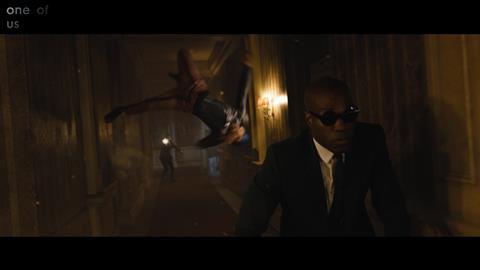 Landymore said of them: “Specific shots from both sequences were shot using a multi camera array - a rig of six cameras around a central camera. You can then pick between angles, which we used to create this sort of doubling effect. Various comp techniques and CG were then used on top of that to create a discombobulating environment.

“In the first sequence, this was done primarily using practical footage, comp techniques and a small amount of CG. In the second sequence however the walls needed to move in and out. Which meant we needed to recreate in CG the original hallway, lay it back in and then start making things move around. We started giving it a crazy and exaggerated look, but it was too much, so we had to make sure that the effect wasn’t overdone. If you watch it you may miss the intricacies of it, but the suggestion of it should stick in your head. So it was that sort of Goldilocks idea, of trying to get something that was just enough that you notice it but isn’t overdone. We were also introducing the little lines of the Matrix code behind the walls. The director was very interested in having them hidden and not something overly obvious. You want the spectator to ask themselves, “Is that what I saw?

“There were different challenges for different reasons in these sequences. In the white corridor, the challenge was getting the effects using what was practically filmed in camera with a bit of CG overlay to the walls around. The indoor corridor shots were tricky from a design point of view and making sure everything felt authentic. On top of this there were a few shots where we needed to make the agents recurse. The challenge here was more making sure we nailed the feeling evoked from similar moments in the original trilogy. What was amazing about this film was that we did have that reference, which we were able to keep going back to.”