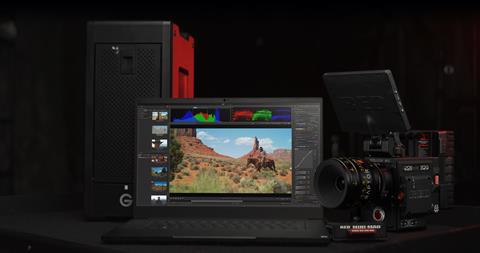 Red has released its new software that allows filmmakers to both capture and post in 8K.

Red’s R3D SDK and accompanying Redcine-X Pro software, which was showcased at NAB this month, now makes 8K real-time playback, editing and colour grading possible on Nvidia Cuda platforms, according to the company.

Red said that 8K performance is available with Nvidia Quadro RTX 6000 and 8000, GeForce RTX 2080 Ti and Titan RTX GPUs when coupled with a moderately configured PC.

Red said that the new software-hardware combination during the post-production process includes: 8K real-time 30 fps or greater playback performance; up to 10x faster transcoding, depending on the format and content; improved efficiencies and quality control within the content review process; and creative freedom using flexible R3D files instead of proxy file

The company said that creators can achieve additional performance improvements with multi-GPU configurations and may see noticeable gains even with older Nvidia GPUs.

Red said that support from major NLEs and other SDK integrators is expected soon.