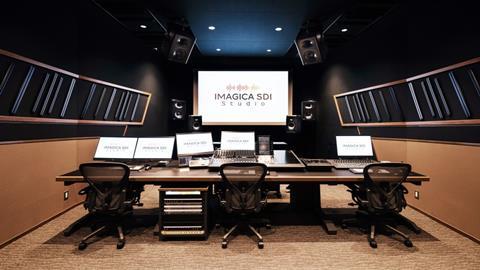 The facility will be named Imagica SDI Studio, with Hitoshi Nozu – who has worked at both Imagica Lab and Picture Production Company owner SDI – will be its general manager.

The studio will have five rooms: one large ADR room of 41 sqm, three medium-sized ADR rooms (17-19 sqm) and a Dolby Atmos HE mixing room.

The ADR rooms are ‘hybrid’, meaning that they can function as ADR rooms and mixing rooms. They will be able to accommodate Japanese- and Western-style dubbing.

The facility was jointly designed by Imagica Lab and SDI dubbing studio technical director Daniele Turchetta and is 51% owned by the former and 49% by LA-headquartered SDI. It is currently being booked for 2020.

Mark Howorth, chief executive of SDI, pointed to growing international demand for localisation services. “The Japanese dubbing industry has a long and respected history, but demand has grown in line with industry trends,” he said. “Our global clients have requested more capacity in Japan and they will be very impressed with what we have built.”

“Our current dubbing studio at Imagica Lab was built in 2017 and is NP3 certified,” added Nozu. ”Extending our language localisation services to these large new studios is the perfect addition to our portfolio.”