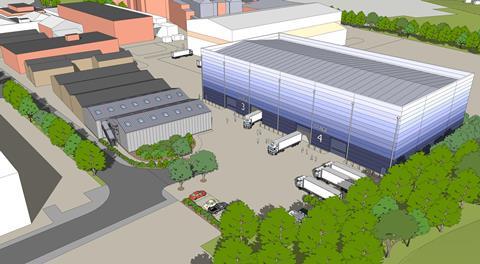 The space at Elstree Studios previously taken up by the Big Brother house is being turned into two new large-scale ‘super stages’ for film and TV, which are due to open next year.

Elstree Studios revealed the plans for the site this morning, following the cancellation of Big Brother earlier this year.

Planning applications for the two new stages have been submitted to Hertsmere Borough Council. They are sizeable spaces, “similar to the George Lucas stages” adjacent to the site, says Elstree Studios.

Prior to the Big Brother house being constructed on the site, it housed the studio complex’s old water tank, where films such as Moby Dick and the Dam Busters were filmed.

Roger Morris, managing director of Elstree Studios, said: “The building of the new stages is to fulfil client demand at Elstree Studios. The freeing up of the Big Brother space has opened up great opportunity. The stages will be suitable for both film and high-end television use. We have plans to build more stages at the Elstree Studios site as space becomes available.”