The 18-site portfolio has been signed up for two years 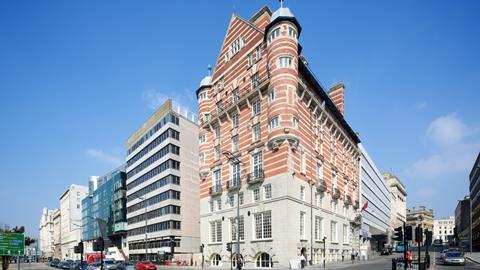 Space-2 and Signature Living have agreed a two-year exclusive deal for the use of the latter’s hotel and apartment portfolio for tv and film production.

Chairman of Signature Living, Lawrence Kenwright, said: “We look forward to seeing what great TV and movie projects we can get involved with in the future. This type of partnership allows us and the cities they are based in to showcase these amazing buildings whilst we concurrently operate hugely successful hotel operations.”

CEO of Space-2, Mark Hughes-Webb, added: “Buildings such as the 30 James Street Hotel in Liverpool, the Exchange Hotel in Cardiff and the George Best Hotel in Belfast are iconic. Signature Living’s distinct and eye-catching interiors will be especially attractive to film, TV and commercials producers.”

The agreement will enable upcoming TV and film productions to be filmed at Signature Living’s portfolio, which includes locations across the UK. It will have access to a 18-site portfolio for feature film, high-end TV, commercials, and stills photography. Six current hotels are included, as well as 12 sites still under development.