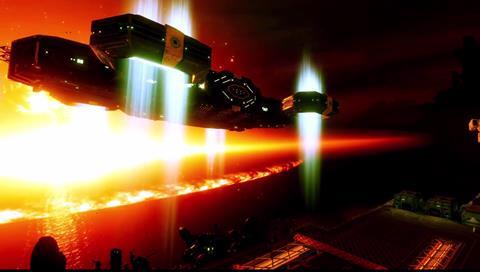 SYFY UK is revealing its recently developed VR and AR project Eleven Eleven at MCM London Comic Con from 24 May to 26 May 2019 at Excel London.

The project was created in association with Digital Domain and influenced by immersive theatre. It’s set on an island planet, and users can control their experience by following a group of interconnected characters and their stories, with over 90 minutes of content to explore. It was written by award-winning writer Lucas Taylor, with voice and motion-capture directed by Keith Arem (Talent Director, Call of Duty video games).

Eleven Eleven includes a spatial score, which attaches individual soundtracks to each character that change dynamically, based on the user’s position. Each character’s scores apparently interlink seamlessly with the others, as the user navigates between stories.

Eleven Eleven launches the day before the exhibition kicks off, while visitors to Comic Con will be able to experience the project in VR in their own standing pod.

The production lasts for eleven minutes and eleven seconds and includes a personalised narrative.

As well as being available at Comic Con, Eleven Eleven will launch with three custom experiences designed for tethered VR headsets; mobile VR headsets; and AR devices. Sky VR has also partnered with SYFY to make a version available through Sky VR on applicable platforms.

Steve Patscheck, EVP Global Programming of SYFY owner NBCUniversal International Networks, said: “With Eleven Eleven, we are pioneering an innovative scripted format for science fiction content that blends the best of theatre, gaming and cinema to create unique VR and AR experiences. By creating an original piece of IP, SYFY was able to design specifically for VR and AR, all the while exploring how immersive technologies could heighten the thrill of storytelling.”