Who will win the battle to broadcast key sports events? 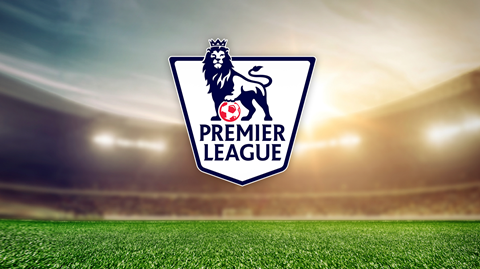 Iain McDonald, senior associate at law firm Lewis Silkin debates how tech firms are gearing up to enter the battle for broadcast rights for the highest-profile sports events.

Much has been said about the likes of Amazon, Twitter and Facebook entering into the sports rights market, potentially competing with Sky and BT for the marquee live Premier League broadcast packages.

It has been widely reported that Manchester United’s Vice Chairman, Ed Woodward, expects Amazon and Facebook to “enter the mix” in the next round of deals covering 2019 to 2022. This begs many questions – about whether these new competitors can shake-up the bidding process, leading to a new rights bonanza for the Premier League, and whether such prospective changes can inform our perspective on the future of broadcasting more widely.

A lot of that will depend on the financial grunt the tech giants are prepared to unleash on the sports scene. In the world of long-form drama, digital native players have not shirked away from flashing the cash. Netflix is reported as spending in the region of $10m (£7.5m) for each hour of The Crown, which is roughly in the ballpark of Sky’s £11m per game under its current Premier League rights deal.

The reality is, however, that the track record of the tech behemoths in sports broadcast has been a small ripple compared with the $4.2bn (£3.2bn) Sky paid in the last Premier League auction.

Perhaps the most high-profile tech deal to date has been Amazon’s $50m (£38m) outlay for the streaming rights of 10 Thursday night NFL games, which are simultaneously broadcast on CBS. Other agreements have included Twitter’s lower level deals with the US PGA and YouTube’s streaming of last season’s Champions League final, which was also broadcast on television with BT Sport providing the coverage in the UK.

To date, it has been a case of peaceful co-existence rather than all-out war between new and traditional broadcasters. From a licensing perspective, this paints a fairly rosy picture for sports rights holders as they can conveniently carve up the rights packages between traditional television broadcast and digital streaming packages (with the latter certainly playing second fiddle to the former).

Where things start to get interesting is when tech firms try to swoop in on the crown jewels – exclusive live broadcast rights. This prospect may be inevitable in a converging world where the distinction between terrestrial broadcasting and streaming is set to disappear.

There have been a few signs in recent months that Silicon Valley is upping the ante to compete for exclusive live broadcast packages. Amazon recently outbid Sky for the exclusive live rights to the ATP Tour tennis, although only to the tune of £10m per year. Perhaps more significantly, Facebook is reported to have bid $610m (£462m) over five years to broadcast the Indian Premier League Cricket. Although unsuccessful, the bid does show that the Facebook chequebook is out and Mark Zuckerberg is on record as saying that sport will form some of the “anchor content” for the Facebook watch service.

With the tech vultures circling, it’s time to take stock and evaluate what the net effect of this could be. The prevailing consensus in the industry is that an all-out bid for a marque live broadcast package remains beyond the pale for even the biggest tech players.

It’s not so much an affordability question but whether there is a quantifiable return on investment on a multi-billion-dollar outlay. It is questionable whether new competitors could satisfactorily cross-subsidise a loss-making rights package – which is what incumbents such as Sky and BT have traditionally sought to do by driving broadband, TV and mobile bundles.

That said, the emergence of new players is certainly a welcome shot in the arm for rights holders such as the Premier League. With viewer figures on the decline, this added dimension to the rights bidding war offers the hope that the league can sustain its meteoric rise in broadcasting revenues. A rise that many believe is reaching its peak.

It will be fascinating to follow how the impending battle for sports broadcasting rights between tech disruptors and traditional broadcasters plays out. Whatever the outcome, the wider broadcasting and television industry will be paying close attention in the hope of drawing lessons. The future of broadcasting looks as secure as ever, but through what channels we are set to consume content is very much up in the air.