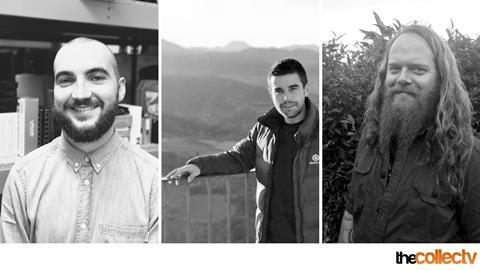 Perrie Codling joins the company as media systems engineer, after over six years’ experience with the likes of Director’s Cut and Timeline Television - where he was based at BT Sport’s site as frontline support for the Champions League and Premier League. He has skills ranging from non-linear edit systems, to archive solutions, live playout, file-based workflows and IP environments.

Tom Evans arrives with experience of using Avid and EVS systems at Clear Cut Pictures and live productions at Viacom, DAZN and BBC, and takes the position of junior media systems engineer.

Finally, Patrick Nealon becomes a technical runner after completing his studies in audio and music production at Buckinghamshire New University. He has had the chance to work on outside broadcasts for Reading FC, Watford FC and the BBC, where he fulfilled various audio roles, and in post-production while doing work experience at Pinewood Studios and at Warner Bros. De Lane Lea.

MD and co-owner of The Collectv, Chris Sarson, said: “The increase in demand for managed services in the broadcast industry has led to a surge in interest for the kind of broadcast solutions and workflows that we provide.

“It’s a great time to be growing, innovating, and increasing our capacity with a bigger team that has the right expertise and capabilities. This enables us to continue to deliver our high standard of service.”