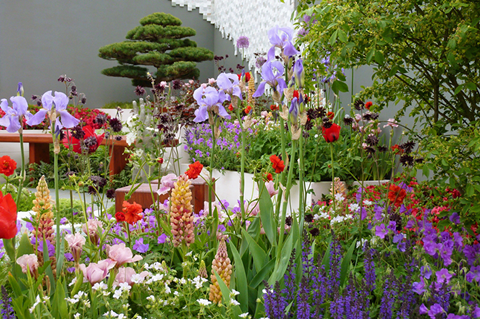 Timeline Television has been awarded a four-year contract to deliver the outside broadcast, RF and post-production facilities for the BBC’s coverage of the RHS Chelsea Flower Show.

The company delivered its first year of the Flower Show coverage last week.

Timeline’s outside broadcast truck UHD2 acted as the main production vehicle, containing two edits and an EVS operation as well as the sound and vision operation.

Their new uplink truck also formed the engineering hub for both on site and outgoing RF circuits.

Seven radio cameras worked across the entire site to facilitate live and “as live” presentation pieces showcasing the various gardens at the event.

Three cabled studio cameras were provided for the live show each evening on BBC One. Though operating in HD, Timeline used 4K cameras and high quality RF links to deliver the pictures.

Working over the whole site, they were planned and managed by Timeline’s specialist RF and audio departments.

Timeline set up nine edit areas onsite as well as three ingest stations and three EVS machines, all networked with shared storage and access to graphics.

Finally, post-production facilities were sent to BBC Bristol for them to prepare VT packages in advance of the show