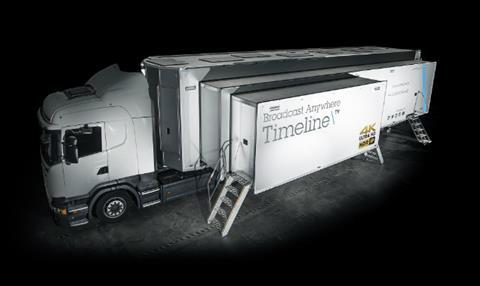 Timeline’s UHD2 truck is based in Moscow’s Red Square where it’s delivering the BBC Presentation Studio with a simultaneous UHD Hybrid Log Gamma (HLG) output for the BBC iPlayer platform.

Six cameras from the BBC’s Moscow-based World Cup studio are combined with the world feed from each stadium at Timeline’s operation in Red Square.