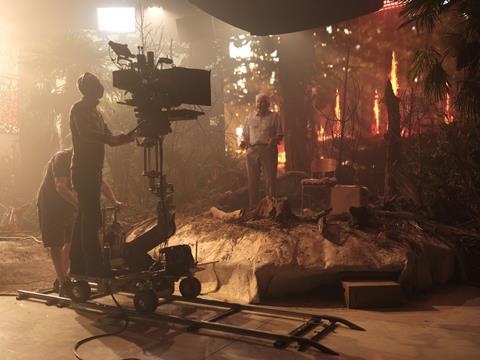 The filming of BBC Studios’ Dinosaurs: The Final Day with David Attenborough showcases virtual production technologies and never-before-seen visual effects to reveal what happened on the last day of the Cretaceous Period.

Attenborough was shot against a backdrop on a 25.5 x 5m curved LED screen at MARS Volume facility in London. In the foreground were trees and plants, sand and rocks designed to blend seamlessly with the backdrop. 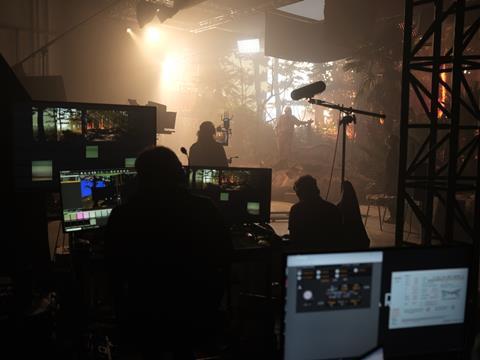 A single camera with a tracking device was then linked to the screen images so when the camera moves, the elements on the screen move too, giving the viewer a realistic point of view.

Epic Games, which created the real-time graphics engine Unreal, were on set and developed the software on stage to tweak how Attenborough could interact with the backdrop.

Helen Thomas, senior executive producer at BBC Studios Science Unit, said: “The incredible scientific finds in the documentary are front and centre, but we also have tried make the visuals and sound as accurate as possible using the latest palaeontological discoveries and production technology. To have both these elements in one film gives the audience a front row seat for the catastrophic events of 66 million years ago.”

Dinosaurs: The Final Day with David Attenborough premiered on BBC1 and BBC iPlayer on Friday, 15 April. 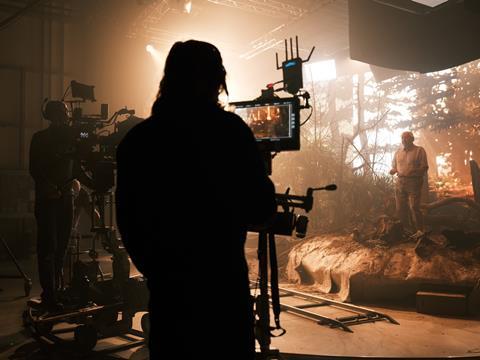