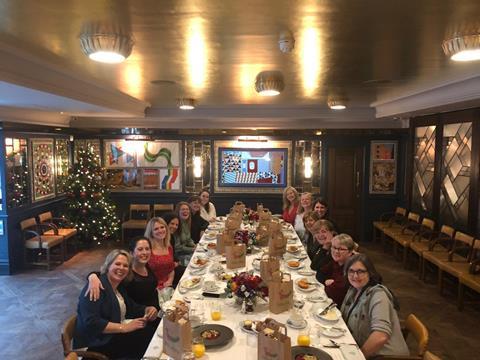 Fifty Fifty has joined forces with Clockwork Capital to launch an annual breakfast event for women in post-production and tech roles.

It was held in aid of Rapid and Radiant Post managing director Elouise Carden who was recently diagnosed with cancer. Carden has exhausted her options on the NHS, so her continued treatment is being funded by a charity. The breakfast event therefore opted to raise funds for that charity.

The breakfast get-together raised a total of £1,200. Envy and Warner Bros. De Lane Lea have pledged to host the second of the annual events at the same time next year.

Fifty Fifty managing director Cara Kotschy said: “We’re delighted to have kick-started a positive initiative bringing the post and technology communities together to raise money for good causes. It’s a great way to get to know our peers and do some good at the same time. After such a success on the day I have no doubt it will go from strength to strength each year. There was such a warm reception to it and long may it continue.”