Technology start-ups: Daring to be disruptive

Entrepreneurial spirit may abound in television, but successful technology start-ups are few and far between. Will Strauss talks to three that are attempting to buck that trend and break into the industry 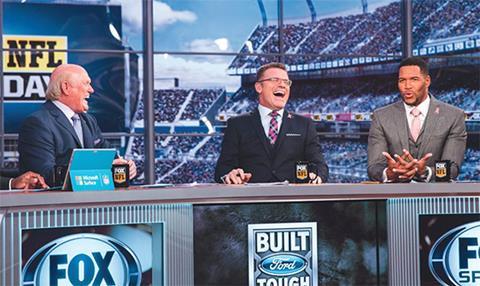 Founded by former Omneon and Harmonic chief Larry Kaplan, SDVI has developed a suite of SaaS-§based infrastructure and supply chain management applications that allow third-party processing, storage and networking resources to be managed dynamically, regardless of where they are. The company is based in California and already counts Fox Networks among its clients.

THE EUREKA MOMENT
“There was some work being done at Stamford University around what is called Open- Flow and the idea of controlling an IP network with software,” explains Kaplan. “They published some results and a light bulb went on: here was the ability to essentially virtualise the network. This was the missing link in virtualising the whole facility.”

With computing and storage already heading that way, the virtualised network would allow a broadcaster to run any kind of content in it, from low-bit-rate streaming to 8K. “The difficult part was the first 12 to 18 months of people not getting what we were talking about because we were too early.”

THE MONEY
Thanks to Harmonic’s acquisition of Omneon, the company he founded, Kaplan could self-fund initially. He describes that as a luxury. “Our first customer, Fox Networks, then said it would sponsor us financially as part of a special purchase agreement. It’s a different approach but it’s working out quite well.”

Kaplan is keen to avoid institutional investors for as long as possible. “They play an important role, but their business models and ours are such that you want to get to revenue and positive cash flow on your own. That is what we’re doing.”

THE BIG TECHNOLOGY CHANGE
“The promise of what we’re doing – virtualising the facility – could fundamentally change broadcast operations,” argues Kaplan. “Even though Omneon made some significant contributions, what we’re doing now has more implications for how the industry functions.”

Results so far back that up. Fox Networks has migrated its supply chain to the cloud with SDVI. Discovery Networks is also working with SDVI and a third major broadcast partner will be unveiled soon. At some point during 2016, it will release the SDVI technology as a product.

BEING ACCEPTED
Kaplan admits that luck has played its part. “It took a long time to get things together. If I had been more successful and got things going more quickly, it would have been too soon. Now broadcasters are saying they have to do something differently.

“This wasn’t the case two years ago. The length of time it took to get this up and running has turned out to be perfect. You need to position yourself to be lucky: be in the right place, at the right time, with the right people, and keep your fingers crossed that the stars align.”

THE LACK OF ENTREPRENEURS
This is a worry for Kaplan. “There are gaps in the ecosystem that we’ll be part of, that we don’t do ourselves. We have conversations all the time, wondering about how we’re going to fill them. The current incumbents aren’t doing it.

“This presents a huge opportunity for some smart people to do something cool. There are areas that need entrepreneurial approaches that are not being addressed, and this will slow down this whole transition.”

CrowdEmotion is a London- based facial coding company that has developed emotion-recognition software. Backed by BBC Worldwide, it uses smart sensors and devices to read viewers’ expressions as they watch a show.

Founder Matthew Celuszak has spent much of his career developing and implementing people-measurement systems.

THE EUREKA MOMENT
“It occurred to me that every single device out there had a camera and mic,” says Celuszak. “And that they can see me, and they can sense how quickly I type and how I press things. I thought there had to be a better way to measure what we’re doing that is not interruptive. Initially it was about building better relationships.”

Broadcasting became a good testing ground for the idea. “Media is a great starting point because the accuracy is inconsequential. Nobody is going to die because we said they were unhappy with watching a comedy. Engagement is a great proof point. The risk of failure was not high and the amount of data you can collect is great.”

THE MONEY
CrowdEmotion did bootstrapping and had what Celuszak describes as a “good family and friends list”. But it was the partnership with BBC Worldwide’s Labs, the digital media start-up ‘accelerator’, that got things going.

“Frankly, we didn’t have money and needed a place to put the company,” he says. “I phoned up BBC Worldwide and said: ‘I’ve got an API that might fall over, but it’s really cool. What would you do and how would you change your business if you could understand and quantitatively measure how people are engaging with every one of your shows around the globe?’

“When you ask that type of question you start to explore some cool stuff.”

Series A funding will be considered, but it’s not essential, he says. “We are anti-funding. If I can do this commercially, I will.”

THE BIG TECHNOLOGY CHANGE
CrowdEmotion’s job is to help BBC Worldwide understand how its content fits with the rest of the world.

“That is our differentiator,” says Celuszak. “We are really good at understanding the content and how that fits with an audience. For example, how the emotion of puzzlement contributes to the success of a drama in Australia, the US and the UK, and how it differs. And why it is that some dramas are super-successful and some aren’t.”

Having established the basic technology with its BBC Worldwide work, the next step is to introduce a product, MeMo – a two-way video player that watches a viewer’s reactions to measure engagement and then provides recommendations based on those reactions.

BEING ACCEPTED
Celuszak is relishing the challenge of breaking into an established industry: “They are stuck in their ways, but there is an old guard that is going to retire soon. The new guard need to prove they are the best. They are the ones who want to buy.”

BEBOP TECHNOLOGY: THE NEXT CAB OFF THE RANK

In what is a fairly crowded space, California-based cloud editing company BeBop Technology differentiates itself by providing a service that moves the editing tools to the content, rather than the other way around.

Co-founder David Benson has worked as a technologist across post-production for more than 20 years.

THE EUREKA MOMENT
It came while building a cloud platform for a studio in LA. “We were mapping a workflow out on a board and there was a very clean content line that went across it,” recalls Benson. “The line dropped down out of the cloud into their edit bays and then went back up again. Everybody stared and said: ‘There’s no way to do anything other than that.’ That was when I realised there was a big opportunity.”

THE MONEY
BeBop has been bootstrapping and completed a small friends-and-family round. Series A venture capital funding, designed to carry it through 2016 and into 2017, is next.

THE BIG TECHNOLOGY CHANGE
Using Teradici’s core desktop-removing protocol, running on IBM Cloud’s SoftLayer and dovetailing with Zadar storage, BeBop is working towards having zero file movements in a cloud-based workflow until the content is ready for delivery.

“When content needs to be looked at inside a non-linear editor, currently you have to orchestrate file movement back and forth from the cloud,” he says. “As everyone knows from experience, that is where the value proposition and cost efficiencies of the cloud evaporate.”

Benson believes that the key to market acceptance will be whether or not editors like the user experience. “Can an editor used to Adobe Premiere or Avid sit down in front of our solution and not get right back up and leave? That is the litmus test.”

INTERESTED PARTIES
The first quarter of 2016 includes a private beta involving at least one large news organisation and a fi lm studio in LA. The key market for BeBop, says Benson, is “the large, middle part of the market, where you have the most volume and the most pressing deadlines. The workflows where we are seeing the most immediate need are where there is a broadcast, ingesting, channel group workflow, and where there is a compliance and QC editing element.”

BEING ACCEPTED
“The broadcast industry is typically slower to adopt technology because of the nature of its workfl ows,” argues Benson. “They are time-sensitive and high-pressure. Because of that, it is hard to move the whole thing to the cloud.

“Are they willing and thinking outside the box? Probably not. Is the industry waking up to the fact that it needs to solve problems move creatively? Yes.”

THE LACK OF ENTREPRENEURS
“Five different broadcasters will do things five different ways,” Benson says. “That makes it difficult for a media technology product to ubiquitously sell itself into all those different places.”

Traditional broadcast is not a sector that is likely to excite investors, suggests, venture capitalist James Raby, from Sainsbury Management Fellows, but the newer definition of broadcast certainly is.

Raby specialises in broadcast, having previously held senior positions at NTL Broadcast and VT Merlin Communications. He was an investment director at SEB Venture Capital for more than 10 years.

“Pure distribution is the least interesting sector,” he says. “There’s not much to add to the established platforms. The most fluid and interesting area is at the editorial end, where you can create or modify content rapidly and efficiently and track it. There’s also interest in bringing quality to UGC and dealing with rights management.”

When considering investment in a start-up, Raby argues that how a new company plans to enter a market is more important than the VC’s proposed exit. “It’s about people,” he says. “People who have market entry strategies. You need the creative element in your mix too so you can pitch your idea into the creative market. It cannot just be about technology.”

Asked why he thinks there are so few technology start-ups within TV, and why many fail, he is clear: “You can only change content creation in small steps. Some people come into the space with ideas that are too big. Slowly is a better approach.”