“I wouldn’t say he was the wrong man for the job but the job was all wrong from the start.” Read on for the verdict on last night’s TV. 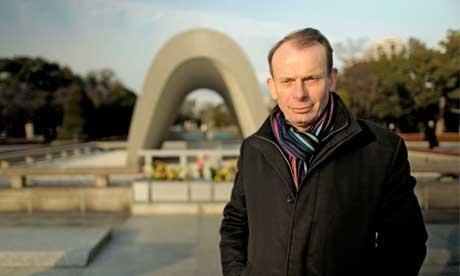 “It finished more strongly than it had started… Only one dramatic reconstruction looked outright daft, and that was because they recruited an actor who looked like Ricky Gervais to play Hitler… Any show that does the past 100 years in 60 minutes is going to be highly selective, but Marr’s choices were at least interesting.”
Andrew Billen, The Times

“Marr’s History was, from the dawn of time, speckled with interesting little nibbles… Trouble is, although the entire history of the world offers up plenty of opportunity for interesting side-stories, they never outshone the dodgy stuff in this series. It was too predictable, for a start… When there were original touches, they were often doubtful theories dressed up as gospel truth… I wouldn’t say he was the wrong man for the job but the job was all wrong from the start.”
Matt Baylis, Daily Express

“It was at its best when it reflected Attenborough’s omnivorous pleasure in the natural world. He included Darwin’s frog, the male of which species carries fertilised eggs in his own vocal tracts until it’s time to spew the little froglets out into the world, and the northern quoll, an Australian mammal into which someone is laboriously breeding an aversion to cane toads. He also indulged himself with a Priam’s birdwing butterfly, despite its drastically limited lifespan, because “butterflies lift the heart”. So do Attenboroughs, as it happens.”
Tom Sutcliffe, The Independent

“A model of how to make popular TV and retain your dignity and IQ… Each of Attenborough’s exhibits had a story worth telling… And if we had to save only one? Sir David, of course.”
Andrew Billen, The Times

The Forgotten Gunners of WW1 – A Time Team Special, Channel 4

“Following the recent news that Time Team is to be axed, the experience of watching The Forgotten Gunners of WW1 – A Time Team Special is tinged with melancholy. Like visiting an ageing relative – a fairly distant one you don’t see often but whom you have some affection for – soon after they have been diagnosed with a terminal illness.”
Sam Wollaston, The Guardian

“Guy Martin doesn’t just get the machinery, he loves it… An enthusiast, with a nice turn of phrase, a wild look in his eye, wild hair, and sideburns that make Bradley Wiggins’s look like a girl’s… And he’s like no one else on the telly, a 200bhp, 200mph blast of fresh air.”
Sam Wollaston, The Guardian

“I am beginning to feel that I’ve watched Claire Danes’ face buckle into misery one too many times. But the series can still pull off an unexpected jolt – as with last night’s massacre in the Gettysburg tailor shop. Not sure yet whether it’s trying to shake me off again or just liven things up, but I’ll stick around to find out.”
Tom Sutcliffe, The Independent