Life and Birth; The Truth About Amazon; A Country Life for Half the Price; Influenza 1918

“Life and Birth played with your emotions like a yo-yo — trepidation turned to trauma, despair to joy” 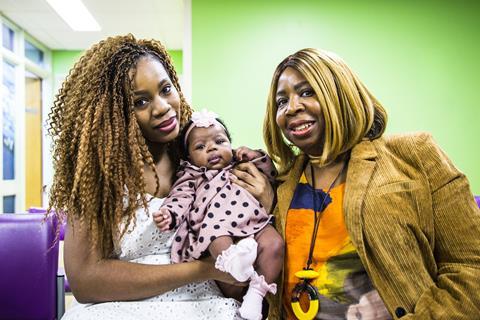 “In filming the journeys of pregnant mums around waiting rooms and wards Life and Birth played with your emotions like a yo-yo — trepidation turned to trauma, despair to joy.”
James Jackson, The Times

“Giving birth, once a closely guarded rite of passage, is now practically a public spectacle. The stories here were highlighted in this graphic but gripping programme because the births were not expected to be easy.”
Christopher Stevens, Daily Mail

The Truth About Amazon, Channel 4

“This was a Supershoppers special, attacking Amazon from that programme’s usual consumer rights perspective. This will probably do at least as much to problematise punters’ immediate relationship with the retail giant-of-giants. It was a programme limited in scope – the segment showing Abby and Prince how to use Amazon’s barcode scanner app to drive a bargain on the high street, for example, was presented without any comment on the ethics.”
Lucy Mangan, The Guardian

“This was well-researched and rang some urgent alarm bells. It was enough to make you think twice before hitting that oh-so-tempting “Buy now” button. As one customer put it, “I’ve learned to not blindly trust Amazon”.
Adam Sweeting, The i

A Country Life for Half the Price, Channel 5

“A Country Life for Half the Price, has proven an unexpected treat – perhaps because we captive viewers are yearning to roam free in wide-open spaces – and this third episode (of six) was a hoot. Often, these “change your life” programmes end in tears, frustration and debt, but it mostly went like clockwork, even if a spate of violent storms held up their woodland project.”
Adam Sweeting, The i

“If you watch the PBS America channel, you’ll be used to its films being decent quality, but very, well, American. So perhaps it wouldn’t have seemed strange that Influenza 1918 didn’t begin to look beyond the borders of the US while recounting a global pandemic. The resonances go without saying, but most unsettling was how society started to break down after hospitals were overwhelmed. In 1998 the film was a fascinating piece of sepia history; now it’s one to give us nightmares.”
James Jackson, The Times