The Great British Bake Off; Horizon 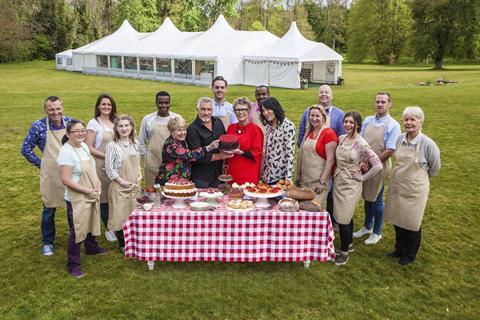 “Mary, Mel and Sue might be gone but the show’s recipe remains as winning as ever. The four Cs – chemistry, camaraderie, comedy, cakes – were all present and correct.”
Michael Hogan, The Telegraph

“The whole thing was a glorious return to – or rather, retention of – form. Thank God. This is not the time for change. Kudos to Channel 4 for knowing what they had and not being afraid to stick with it.”
Lucy Mangan, The Guardian

“As a reviewer, I had hoped, peevishly, that the show’s new incarnation would have dropped enough in quality to present a few easy ‘burnt fingers’ puns and a nice early finish for me. Alas, it hadn’t. The new version, despite all that First World chest-beating, felt pretty much the same as the old.”
Carol Midgley, The Times

“Prue Leith stepped without fuss into the Mary Berry stern domestic science mistress role. Paul Hollywood carried on being our twinkly, chunky Paul, and they led their would-be baking stars through the standard trio of rounds. By the end, we’d realised that this wasn’t new Bake Off, but Bake Off on a new channel, and we were mighty relieved.”
Matt Baylis, Daily Express

“Like a pie with that hint of a soggy bottom, Channel 4’s Bake Off knock-off isn’t quite as satisfying. For a start, it’s missing Mary. Prue Leith, who replaces her as judge, is a terrific cook and a relaxed TV personality, but she lacks that sweet kindness, the grandmother touch, that made her predecessor so much loved.”
Christopher Stevens, Daily Mail

Horizon: What Makes a Psychopath?, BBC2

“It was a sober and responsible look at a difficult, treacherous and horrible subject that nevertheless struck a couple of false notes. It was revealed at the end that none of the Indiana inmates had been officially diagnosed as a psychopath. It was claimed this showed how difficult it was to identify one, but it felt like a con.”
Lucy Mangan, The Guardian

“Much worse was the decision to read from letters by the Moors Murderer Ian Brady. Brady wrote back because he enjoyed the attention, said presenter Professor Uta Frith. That means BBC funds were used to give a small degree of succour to Brady in his last days. How stupid. How callous, thoughtless and disrespectful to his victims and their families. How disgraceful.”
Christopher Stevens, Daily Mail