TV Critics: Women Who Kill; Who Do You Think You Are?; Witless

“Director Matt Pelly probed a little behind the lurid headlines but not deep enough.” 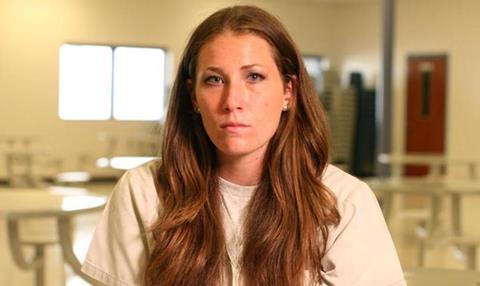 “As a documentary, Women Who Kill wisely resisted making any judgments or coming to any conclusions. If it seemed at times a little formless, it put one thing across forcefully: every murder, however typical, is also unique, based on peculiar circumstances.”
Tim Dowling, The Guardian

“Director Matt Pelly probed a little behind the lurid headlines but not deep enough. The bombastic narration verged on the sensationalist. Cameras lingered a little too long on bloody clothing and weapons.”
Michael Hogan, The Telegraph

“The interviews with three female murderers were oddly alien, not because they lacked detail, but because the crimes were so remote from British culture, they might as well have happened on the moon.”
Christopher Stevens, Daily Mail

“A subliminal message that women are, or should be, too gentle/nice/weak to be murderers was not entirely absent. The most striking story, however, was of Amber Hilberling. It was truly shocking that three months afterwards she killed herself.”
Andrew Billen, The Times

“Every woman who kills is treated and tried as a calculating killer, not someone defending themselves or thoughtlessly lashing out. The only thing we can say in fairness to America’s justice system, is it’s just as unjust for the men.”
Matt Baylis, Daily Express

“The 13th run of celebrity genealogy series Who Do You Think You Are? has been a gem and the latest episode continued that fine form. Sir Ian McKellen’s heart-on-sleeve reactions were a treat.”
Michael Hogan, The Telegraph

“The joy was in watching McKellen act out his emotions. I’ve seen nothing like it since Vicious finished.”
Andrew Billen, The Times

“History is most fascinating when it illuminates the present, and McKellen revealed more about what makes him tick, through his reactions to Uncle Frank’s story, than any amount of chat show interviews.”
Christopher Stevens, Daily Mail

“Overall, the episode was charming to watch, with Sir Ian’s jaunty green hat and dashing trench coat adding a touch of the eccentric to a familiar format. And his emotions at every new discovery seemed genuine. Either that or he’s, well, a very good actor.”
Chloe Hamilton, The i

“He may be a venerable old luvvie on stage and screen but I didn’t doubt Sir Ian McKellen’s emotions. No actor could fail to feel a shiver of ‘There but for the grace…’”
Matt Baylis, Daily Express

“On this evidence Witless is not so much a dark comedy as a broad farce and a bleak tragedy welded together like the front and back ends from two written-off cars. Each half works well enough, but there’s something weak at the join.”
Tim Dowling, The Guardian