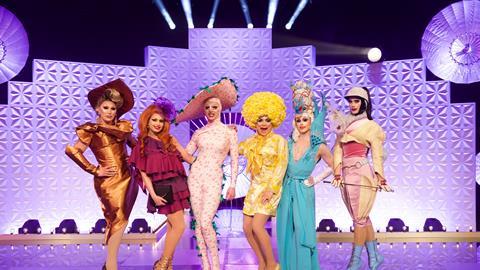 World of Wonder for BBC Three

American smash hit RuPaul’s Drag Race arrived in the UK to a hive of social media activity. In a rare move, viewers were encouraged to go ‘straight to BBC iPlayer’, which helped drive linear-style viewing behaviour in an online environment. Bespoke Drag Race BBC social accounts were created to perfectly complement the show and ensure the digital campaign had its own unique voice and a personality that championed the LGBTQ+ community.

In order to use digital creatives loved by the community, the BBC collaborated with LGBTQ+ groups, including The Gay Times, Attitude and The Pink Times, as well as influencers, pressure groups and BBC staff groups. BBC3 also created editorial about drag culture and explored issues such as being gay and from an ethnic minority.

Twitter technology was used to live stream Q&As with the final three queens, and uber-fan Lee Dawson provided regular ‘Rucaps’ on Instagram. The series recorded more than 50 million video views across Instagram and Facebook and gave BBC Three its fastest-growing and largest follower count for a programme-focused social channel.

One judge said the social and linear results “were off the scale”, with another adding that it was “a comprehensive and brilliantly executed campaign which ticked every box in the Digital Support playbook”.

The End Of The F***ing World - Fan Theories, 4Creative/That Lot for Channel 4