Freelancers pressure BBC as 50% report having to borrow money 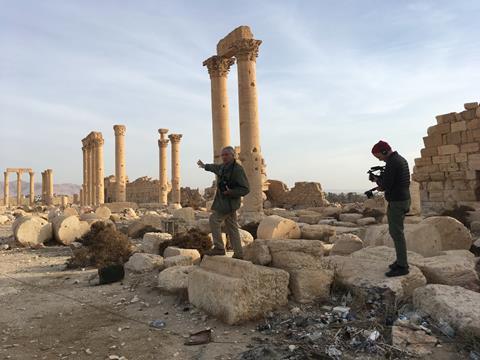 The BBC is facing pressure to provide more support to TV’s freelance community as a survey finds half have had to borrow money to survive the Covid-19 crisis.

In an open letter, more than 150 people from a freelancer lobbying group have urged the corporation to push the government to help freelancers ineligible for support.

It cites freelancers who earned more than half of their earnings via PAYE last year and are therefore ineligible for the government’s Self-Employment Income Support Scheme (SEISS).

It also urges the BBC to push the government to reconsider its decision that those engaged by the BBC in recent months should be disqualified from the Job Retention Scheme (JRS) as it is a public sector organisation.

Along with other major broadcasters and Pact, the BBC lobbied government more than a month ago to alter the rules on this issue, calling for HMRC to advance the SEISS so that PAYE and tax records can be used to establish eligibility.

However, the letter states: “Five weeks since that welcome intervention, as far as we are aware, there have been no such changes and no solution to the problem.

“Now is the time to act. We must lobby hard to secure the much-needed support for PAYE freelancers at the BBC and beyond who are currently frozen out through no fault of their own.”

A BBC spokesman said the corporation is “hugely sympathetic” to the freelancer situation but that it “does not have discretion” on the government not allowing public sector organisations to access the JRS.

”We have been trying to support freelancers through our own hardship fund, and contributions to each of the Film and TV Charity, the BFI and Radio Academy funds,” said the spokesman.

”We will continue to work with other broadcasters and producers across the industry to ask government to extend the gross-paid freelancer grant scheme so that PAYE freelancers can also apply.”

The news came as Bectu delivered the alarming statistic that half of the creative sector’s freelance community have had to borrow money since the Covid-19 lockdown took hold.

Almost a quarter (23%) of the 3,000 respondents to the union’s latest poll said they have used their overdraft, 21% reported using a credit card and 5% said they had taken out a loan.

As well as formal forms of borrowing, 23% also reported asking their families for money.

Only one third of respondents who are engaged via short-term PAYE contracts reported being furloughed, while just 40% of those who operate as a limited company or sole trader believe they can access the SEISS.

When chancellor Rishi Sunak announced the government schemes last month, he said they would reach 95% of the UK’s 5 million-strong freelance community.

The JRS has been extended to October but Sunak has yet to reveal plans for the SEISS beyond its current expiration date at the end of next month.

“Bectu is deeply concerned about the impact that all this will have on these individuals’ mental health and their families,” said the union’s head Philippa Childs.

“While it is welcome news that the furlough scheme has been extended, the Treasury must recognise that there are many people who are yet to receive a single penny of government support and are now truly desperate for assistance.”