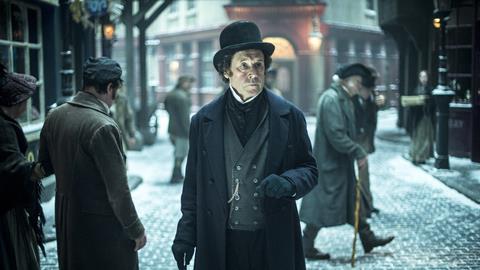 Take your career to the next level

From new entrants to midcareer professionals, ScreenSkills, formerly known as Creative Skillset, supports skills and training programmes including those supported by contributions from prestige high-end television to the High-end TV Skills Fund.

With more than £1.14bn spent on HETV productions in the UK last year, the skills fund received a record £2.6m contribution from more than 100 productions. Kudos, creator of dramas Tin Star and Humans, is a longstanding contributor.

The company’s chief executive, Diederick Santer, says: “It is incredibly important that HETV drama productions pay their dues into the HETV levy.

“There have always been great TV and film crews in this country, but the demand for them is growing. We need to invest in the future and deepen the pool of talent in this country, across the board. It’s our duty.”

Working groups led by people working in high-end television decide how to invest the funds and took the decision last year to focus more strategically on skills shortages with a host of new training investments.

These case studies give a snapshot of the work they supported. 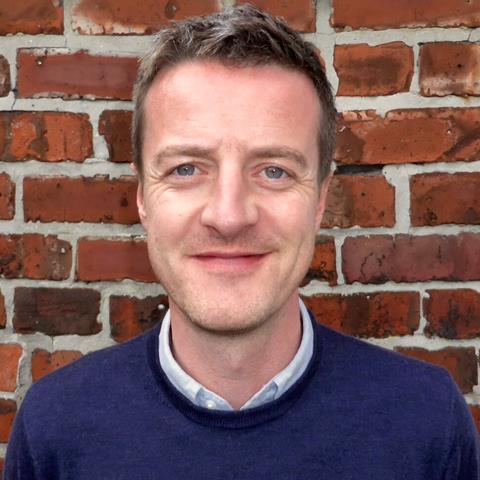 Andy Morgan spent 15 years as a location manager, with credits including Peaky Blinders. He felt the time was right to take a step up.

“I knew I wanted to be a TV drama producer – even though it is an unusual move for a location manager. I wanted more creative input into projects, more responsibility, and I wanted the challenge of putting the whole show together while being part of the team,” Morgan says.

The High-end TV New Producer Programme offered a route in. It supported professionals with at least 10 years’ experience and included mentoring, masterclasses and the costs of a placement on a high-end drama with an agreed on-screen credit.

Morgan secured a placement shadowing Michaela Fereday, the producer of Safe, an eight-part drama from Harlan Coben, with the production company Red.

“We talked about my skills gaps, and we agreed to focus on three core areas: scripts, working with actors and post-production,” he says. “ 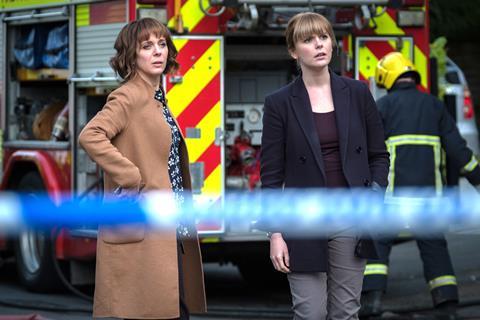 As a location manager, I had never interacted with the artists – there was no reason to – but it is key for a producer. I wanted to know why they went into acting and what they looked for in a good script – a good producer or a good director?”

Morgan was determined to produce but believes it would have taken longer without the programme. Now with an agent, he has gone on to work for Left Bank Pictures on Strike Back for Sky, shooting in Malaysia and securing his first producer credit. “I’m sure that the scheme helped me get the job,” he says.

Fereday adds: “With the massive crew shortages facing production, we want to encourage people already in the industry to remain in it.” 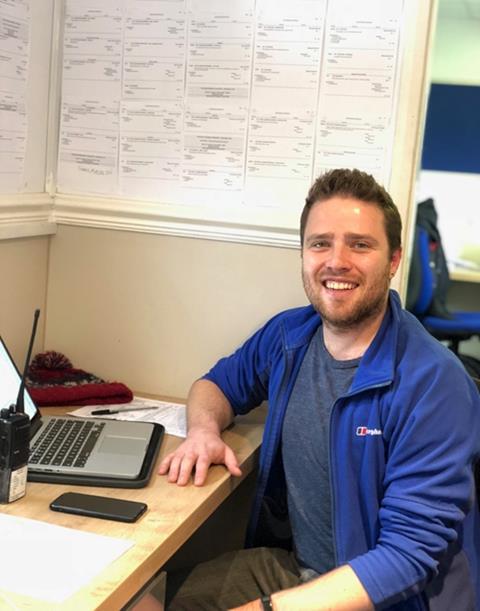 Zimbabwe-born Adam Knopf began work in children’s TV in Cardiff after studying journalism in the city and worked his way up to production manager. Next he wanted to move into line producing.

The opportunity came with Marcella, produced by Buccaneer Media, which needed a production manager and a line producer, and realised Screen-Skills’ Make a Move programme might help fi ll the vacancy while offering him the experience he wanted.

The programme provides investment to cut the risk for productions of supporting the step up of individuals to a more senior grade on a production.

Make a Move paid for cover so that Knopf could attend meetings on both the creative and financial side of production and learn skills including people management and how to use Movie Magic budgeting and scheduling software.

“As a production manager, I didn’t get much chance to focus on budgets, or my next career step, because I was so busy on the day-to- day running of things and dealing with problems on set,” Knopf says.

He had worked in London before but the expense was a deterrent. The scheme helped make it viable and led to his second job – line producing on another police drama, Dark Heart. “I owe my career to the scheme,” he says.

Buccaneer head of production Nadia Jaynes adds: “The scheme helps to ensure that we are able to push our talented freelancers up through the ranks with the necessary level of support to enable them to advance their careers effectively.” 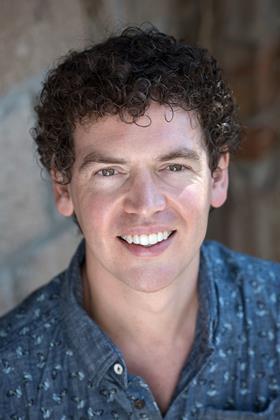 Kit Lambert had been writing commissions for television successfully for a decade. But the Cardiff-based writer had found it impossible to find time to develop his own drama series and break into the list of top writing talent favoured by broadcasters.

He applied to the Advanced Writing for TV Drama scheme, which was designed by MediaXchange and funded by the HETV Skills Fund to build the professional writing and collaborative working skills primetime drama writers need.

It included feedback sessions with a script editor and masterclasses to support him – and 18 others – in moving from being a mid-level writer to lead writer on larger-scale drama.

“The course helped me to build my profile and confidence and gave me the time, structure and support I needed to develop a project I’d been working on into a treatment and pilot script that I am proud of, and happy to take out to the industry,” he says. 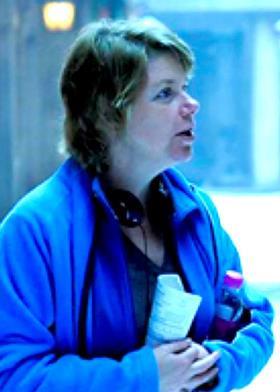 Lisa Clarke started work in theatre, then developed her directing career in continuing drama at the BBC. But she was keen to direct primetime series and won a place on the Directors UK High-End TV Drama Directors Career Development Programme, funded by the HETV Skills Fund. Candidates are paid for their time on set.

She was placed on Red Planet Pictures’ Dickensian, mentored by the director, Harry Bradbeer, observing meetings with the producer execs, directors of photography, designers and script team, and shooting second-unit material for the opening episode.

“I have shadowed on shows before, but only for a couple of days of the shoot. What made this experience especially valuable was being able to start the process during the prep period,” Clarke says. “All these meetings helped me get a handle on the complicated jigsaw that is required to launch a show the size of Dickensian.”

She has since worked on two series of Call The Midwife, The Good Karma Hospital on location in Sri Lanka, with a crew of 200 and more than 100 extras, and The Spanish Princess, a dynastic saga of Tudor England.

Red Planet Pictures executive producer Belinda Campbell says: “Her involvement in Dickensian provided a bridge between her work on continuing and high-end series, a move that can be hard to make and is vital to the health of our drama industry.” 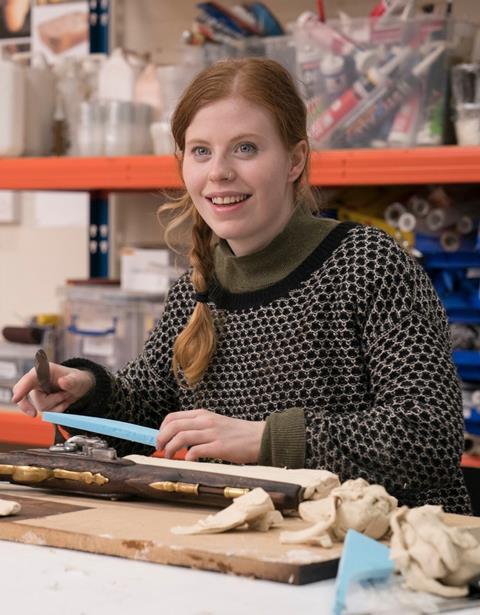 Zoe Kemp studied prop-making for theatre, film and TV at the Royal Conservatoire of Scotland in Glasgow before winning a place on the Trainee Finder programme, an on-the-job training scheme to develop new-entrant production crew in Scotland, financed by a partnership of public and private bodies including the High-end TV Skills Fund.

The traineeship is very structured, with a training plan and lots of hands-on experience – “something that I wouldn’t have had the chance to see, to practise or learn anywhere else,” she says.

Four years on, a lot of our trainees are still with us, enriching the production’s – and Scotland’s – talent.”