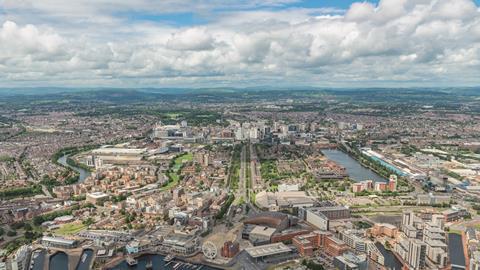 The Welsh dragon is set to roar

Home to several hit dramas and with a well-established production base, Cardiff is ready to embrace the future by creating a diverse and socially inclusive industry

Where are the opportunities to work in Cardiff and surrounding areas in Wales?

The broadcasting sector in Cardiff is well-established and fast-moving. Some 1,500 people are employed in programming and broadcasting here, more than any other core city.

The BBC, ITV and S4C all have a major presence and the city has seen a growth in its production capabilities and facilities delivering for the main streaming players. Cardiff is a beautiful place to live, work and visit. There are also 7,000 students studying courses across a range of creative disciplines.

The city works closely with government to develop the industry and accelerate sustained growth, with the aim of developing skills and talent to encourage longer-term commissioning and investment. Production companies from across the world are now coming to Cardiff because the region is seen as a great place to make TV.

What does Cardiff offer producers in terms of production facilities?

There has been continued investment in infrastructure, including at the BBC Drama Studios at Roath Lock, Wolf Studios, Pinewood Studio Wales and Enfys TV Studios. These are backed by the capabilities of BBC Cymru Wales, ITV Wales and S4C.

The BBC will relocate to a state-of-the-art site, which will offer the latest technology with live IP, later this year. The building is situated next to Cardiff Central station, just two hours from London. There are also several indigenous and world-class postproduction facilities here.

What does Cardiff offer producers in terms of filming locations?

Cardiff and the surrounding region are blessed with a huge variety of locations – it’s a location manager’s dream. The city’s diverse architecture has been used as a backdrop for productions such as Sherlock, Doctor Who, and His Dark Materials.

Across the region, the varied landscape – from Jurassic coastlines and beaches, to terrace-lined valley streets, fairytale castles, rugged wilderness and islands – provides a huge canvas for production work, all within a 30-minute drive.

Are you expecting an increase in productions coming to Cardiff as broadcasters commit more fully to the nation and regions?

Cardiff is ideally placed to benefit from the increased out-of-London quotas. With strong indigenous indies such as Avanti, Boom, Nimble Dragon, Rondo and Bad Wolf, along with London indies opening local offices, Cardiff also has the scale to drive the rapid growth broadcasters need.

The city is home to some great creative talent emerging from the likes of the University of South Wales and the Royal Welsh College of Music and Drama – the creative education is second to none.

The Bad Wolf-based Screen Alliance Wales is delivering the extraordinary Class Room project at the Wolf Studios facility, where thousands of children have been inspired to work in film and TV.

How will Channel 4’s creative hub in Bristol impact Cardiff?

The two cities are only 40 miles apart and investment will see both cities developing a real international profile, driving and sustaining demand in the area, but also embedding and nurturing talent.

The aim is for the area to be seen as one cluster, a south-west super-hub for broadcasting in the UK, boosted by C4’s presence and wider ambitions to invest in linking the two cities.

What types of new work will C4 bring?

The benefits of more access to locally based commissioners, together with growing out-of-London quotas, cannot be underestimated.