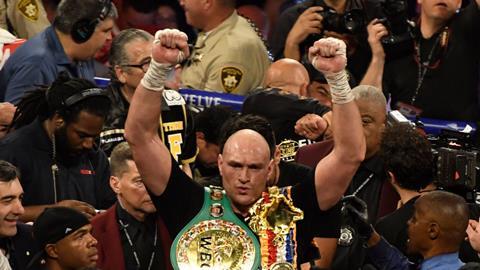 The brilliant access, strong storytelling and humour that ran through the Fury v Wilder coverage impressed the Broadcast Digital Awards judges, even those who had little interest in boxing. Increasing its average PPV audience by 700%, this event truly established BT Sport as a PPV heavyweight and completed Fury’s comeback from social pariah to national treasure.

From expert insight to predictions from Fury’s dad, John, every angle of this fight was covered in forensic detail. With only four weeks between the contract being signed and fight night, BT Sport embarked on a huge social media campaign that resulted in 200 million views on BT Sport’s social media channels, with 6 million engagements.

Referring to the talent on the show, one judge said: “BT Sport did extremely well to include other characters to tell you a story before ultimately getting to the main event, which was made even more exciting now I was invested in Fury.” Another judge agreed, adding: “I felt like I was one of Fury’s best mates backstage with him and when he won, I felt like ‘we’ won.”