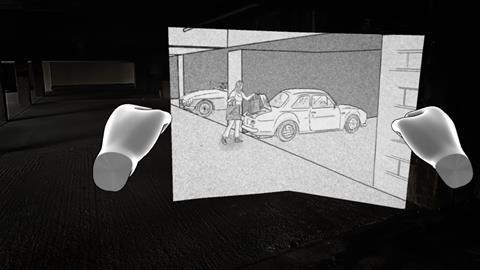 Through the use of 360 video, archive, photogrammetry, 3D modelling and interaction, Common Ground tells a multi-layered story about the history, politics and human face of the current UK housing crisis. Audiences explore the world of Aylesbury Estate, the biggest social housing estate in Europe, to examine the disenfranchisement and demonisation of the working class.

Beginning its life as a funded prototype, the project was then fully funded by the Arts Council, Creative XR and StoryFutures Academy to specifically explore how standard 2D archive could be used in VR to tell more complex, textured and nuanced stories. Allowing audiences to interact with artefacts, this is one of the first pieces to successfully integrate archive as part of the storytelling experience.

Following several award wins on the festival circuit, including Best Immersive Story Award at Sandbox Immersive and Grand Prix Innovation at Festival Du Nouveau Cinema, Common Ground has been funded by the BFI to tour regionally around the UK.

One judge said the experience is “truly brilliant” in the way it seamlessly blends 360 and interactive environments. Another judge added: “Common Ground does not just fit the criteria really well but ultimately uses the mediums involved to tell an emotional and important story that immerses you in inner-city lives.”