Netflix is to expand its in-house production division to compete with the likes of Amazon and HBO. 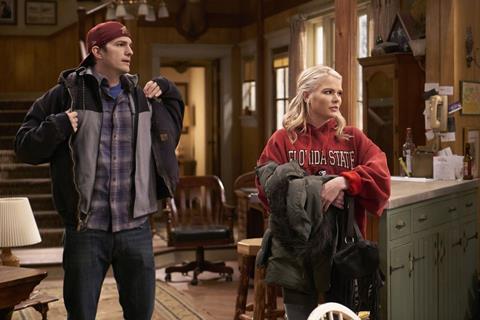 The streaming service will build up its LA-based Netflix Studios division – a move that could reduce opportunities for high-end drama producers.

Netflix Studios recently produced The Ranch [pictured], a multi-camera sitcom starring The 70s Show’s Ashton Kutcher as a former high school football legend who moves back in with his parents in a small town in Colorado.

“On several of our series, Netflix is increasingly the studio and the network. So we are building that efficiency in-house,” said chief executive Reed Hastings. “The Ranch, that just premiered a few weeks ago, is a Netflix-produced show and we’ll be doing a lot more of those coming up.”

Hastings added that it had no plans to move into the M&A market, dismissing suggestions that it would look to acquire US movie studio Paramount or cable network Starz.

“It’s been 15 years we’ve been public and 20 years existing, and we’ve done no M&A. So I think that probably speaks for itself,” he said.

“We’ll just hire the people that we want and build it. That could in principle be a constraint on our rate of growth, but Ted [Sarandos] has been able to attract an incredible team in LA. When you look at the growth in our originals, you can see that we can deliver on that with this organic hiring basis, which is much stronger for the long-term than if you tried to juice it with M&A.”

The pair were speaking on an investor call to coincide with its first quarter financial results. They revealed that Netflix added a net of 6.7m subscribers in the three months to 31 March, including 4.5m from the 130 international markets it launched in January.

“In most of these countries, we haven’t yet seen the full potential, because we’re only in English and only with international credit cards. So over the next couple of years, as we further localise, we’ll be able to see more opportunity,” added Hastings.

Netflix expects to add 2m subscribers in the second quarter of the year, compared to 2.4m in the same period last year.