The debate that never was 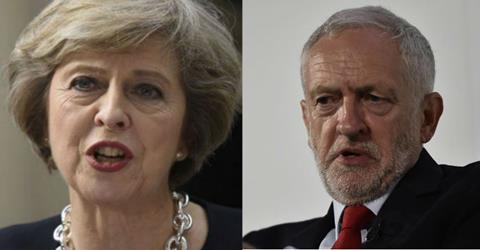 TV debates are high risk, high-stakes events, so it’s no surprise that the promised May-Corbyn showdown failed to make it over the line on either the BBC or ITV. They’re unlikely to become a fixture of schedules in the future.

Ever since TV debates changed the conversation and shaped the 2010 election, allowing Nick Clegg to storm through and disrupt the political agenda, there has been an inherent nervousness for the incumbent in Downing Street to do them. The general consensus is that the 2010 debates cost David Cameron an outright majority.

The frontrunner rarely calls for them, seeing them as a sure fast way to lose control of the agenda.

For spin doctors in Westminster, TV debates are a presentational nightmare. The sense of unpredictability means preparation can only take you so far. How can you prep for the angry member of the audience who confronts your leader and hijacks the show? How do you manage expectations and how do you measure success? For broadcasters, they can guarantee ratings and social media chatter.

According to my Whitehall sources, it was never a certainty that a head-to-head between Corbyn and May would happen. What started as an idea spun out of control after it was leaked to the media. What happened?

Number Ten will have wanted to frame this contest as a clear choice between May and Corbyn. Who do you trust to deliver Brexit in an uncertain world? However, this will have been hijacked by the SNP and the Lib Dems, who have insisted they should take part in the debate.

Downing Street would have insisted it was a deal breaker. Allowing other parties a seat at the table would have left May vulnerable to being attacked from multiple directions.

The rules of engagement

Both sides will have wanted assurances that the audiences had been heavily vetted for political moles. Where would people stand? Would there be lecterns? Would there be a format that allows either leader to walk around the stage and engage with members of the audience?

Arguments about lengths of answers, interruptions and the numbers of questions would have no doubt caused paralysis in the negotiations.

TV debates take up hours of prep. Who plays Theresa May on the Labour team and who plays Jeremy Corbyn on the Conservative side? How do you pre-empt lines of attacks? Do you use any props?

When I worked for David Cameron, we used an infamous Liam Byrne note saying the Treasury had run out of money in the 2015 election, as this resonated strongly with the public even though it was five years old.

The opportunity cost of taking part in debates is huge. Beyond Brexit, the government has huge responsibilities to carve out a distinct domestic agenda and they will have been aware of the need to dedicate time to this.

There was always a huge danger Jeremy Corbyn could make this debate a referendum on May and the Conservatives’ record in government. He will have wanted to widen the conversation on to austerity and cuts.

For the Labour leader, ironically, expectations of a stellar performance were high after he outperformed pundits’ predictions at the general election in 2017. That would make Labour have had reservations about coming to the table.

Ultimately, May has the incumbency of office so the calculation in Number Ten’s mind would have been: why give Corbyn a platform that puts him shoulder to shoulder with her?

While TV debates are an immoveable fixture from the US electoral landscape, they are a long way off becoming part of the political furniture the UK. If I was a betting man, I wouldn’t put money on them happening in 2022.