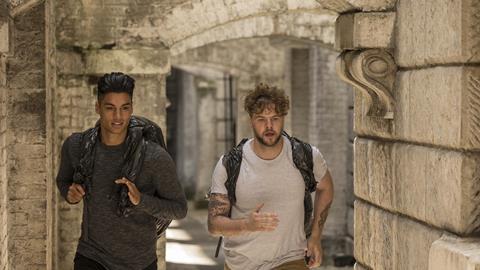 Tracking down seven famous fugitives would be easy, right? Wrong. Their celebrity status and fan loyalty made the task for the Hunted crew more tricky

Having spiced up Gogglebox and helped to make the case for rebooting The Crystal Maze, celebrity specials of Channel 4’s most popular shows are a programming staple in the run-up to its TV fundraiser, Stand Up to Cancer.

But when it comes to Shine TV’s cat-and-mouse format Hunted, one might assume the injection of recognisable celebrities would expedite the hunters’ chase to a premature end.

Nevertheless, Shine took the risk and recruited seven celebrities who were up for the challenge. Made In Chelsea’s Spencer and Jamie joined pop group The Wanted’s Jay McGuiness and Siva Kaneswaran, Gogglebox’s posh couple Dom and Steph and presenter Anneka Rice – who, being more experienced in this kind of thing, competed solo. 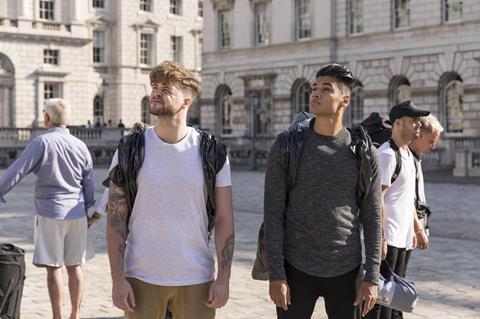 Donating their fees to charity, the famous fugitives were tasked with staying undetected for 14 days while on the run.

Pursued by a team of former police and intelligence professionals led by former Scotland Yard detective Peter Bleksley, the celebs made their escape from London’s Somerset House. While Shine ended up with a “tireless and hilarious” group of celebrities, finding them for the special initially posed a challenge.

The list of prospective celebs was whittled down by individuals’ willingness to welcome a “massive intrusion into their private lives”, according to executive producer Nicola Brown.

While the celebrities were on the run, the hunters prepared to break into their homes, examine their phone records, scrutinise their bank statements, hack into their social media accounts and bug their family members. 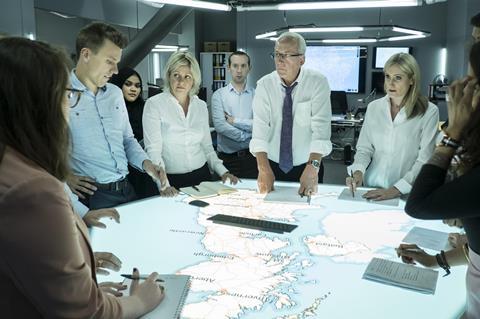 This level of intrusion might be uncomfortable for a standard Hunted fugitive, with the lure of £100,000 pushing them forward, but for public figures, it presented a greater stumbling block.

“It’s a big ask and I think it takes a real leap of faith for them,” Brown says. While persuading famous fugitives to take part was a task in itself, the Hunted casting team had an added pressure.

“You’re not just casting the celebs, you have to get a willing band of their friends and family to play along too,” exec producer Tim Whitwell explains.

“They have to allow this huge invasion of privacy, which is why casting this show is so much more difficult than any other show.”

While a fugitive’s friends and family usually act as a protective layer between them and the hunters, this wasn’t the case for Gogglebox’s Dom and Steph, who “drank their way around the country”, says Brown.

“They are perhaps not the best fugitives, but they have a lot of very interesting friends – who, unfortunately for them, were willing to give the hunters lots of information.” 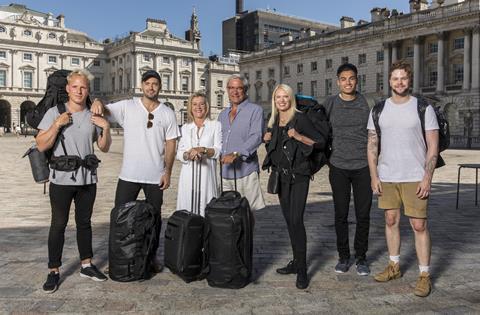 A-list escapes Brown says the celebrities’ fame worked both “for and against them”.

This was especially true when the seven-strong group made their initial escape. Rather than running away on foot, the celebs supercharged their escapes by using their power, connections and wealth to make swift and effective getaways.

Anneka Rice was chaperoned to the Isle of Wight in a speedboat belonging to a member of Dire Straits, while Jamie and Spencer made their escape in a private helicopter.

“They have a lot of toys at their disposal, which made their initial getaways quite flamboyant,” Brown says. This was the hunters’ first sign that catching the famous fugitives would not be as easy as they thought.

With the famous faces released into the wild and the hunt under way, the production experienced a huge upturn in public interest – but perhaps not in the way they hoped.

The celebrities leaned on their legions of fans to throw Hunted HQ off the scent, an option not available to the series’ civilian fugitives.

The hunters found themselves especially targeted by The Wanted’s passionate, predominately female fan base, who teamed up to feed the hunters a series of red herrings.

“The public engagement was fantastic – the hotlines lit up and rang off the hook,” Brown says. “One superfan in particular helped Jay and Siva escape the hunter’s clutches.” 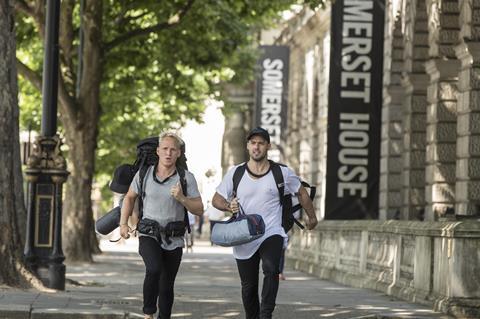 The fugitives’ celebrity status also allowed them to make quick getaways by making the most of their recognisability.

“The public recognise them and immediately trust them,” exec producer Matt Bennett says. “At one point, Anneka Rice was helped out by a member of the public just because they knew who she was.”

Brown agrees that this celebrity status could just as easily work against them, especially – as Bennett puts it – when things turn “tribal”. 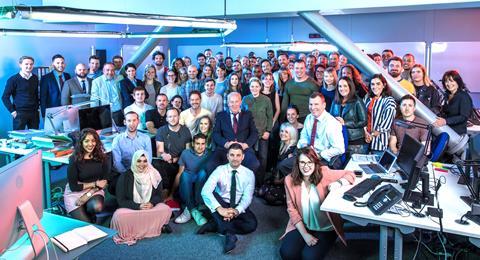 Hunted’s previous fugitives have often felt the strain of being on the run as the days tick by and they begin to second-guess trusted contacts and give in to a recurring paranoia that the hunters are waiting just around the corner.

While the same effects began to affect the celebrities, they also began to embrace a low-key life while on the run – helped, perhaps, by living something of a dual life in reality.

“A few of them said they thought it would be an opportunity to disconnect from everything,” Brown says. “What they actually found is that it was a time to connect with real people and experience life in a completely different way.”

Some of the fugitives took extreme measures to blend into the background. “There have been some amazingly convincing disguises,” he adds.

Spencer and Jamie went so far as to shave their heads to avoid the hunters.

“They all started off looking like celebrities and now there are people with shaved heads that are a bit sunburned,” Brown says. “They have all undergone quite a transformation.”

PUSHING THE BOUNDARIES OF TECHNOLOGY

Celebrity Hunted will feature a format first: the use of in-car automatic number plate recognition (ANPR).

Traditionally, ANPR has enabled location-specific cameras to detect the number plates of wanted vehicles on major roads, but the hunters’ cars have now been fitted with their own ANPR systems.

The result is that the fugitives’ vehicles are no longer safe – not even on quiet country roads.

Installing the technology, which cost £10,000 per car, ensured the show was up to date with “real-world capability”, Bennett explains.

“If a fugitive is in a number-plated car and they happen to pass each other, then the hunters will be alerted.”

The development has pushed the show’s technology to the limit, according to series producer Tom Hutchings.

“We are pushing so much technology. Without requesting government superpowers that we are not privy to, we are just about on the limit of being able to make the show the most exciting it has ever been.”