With an increasing amount of content delivered via the internet connectivity is key, says Premier’s Ralph Turner 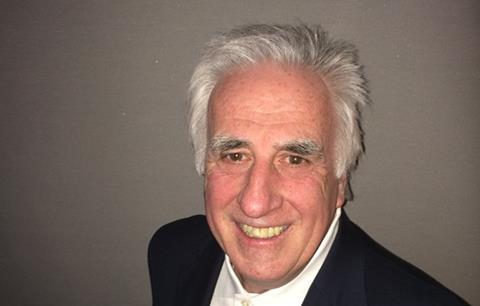 Things took a while when I first started out in the industry some 40 years ago. Back then, if you wanted to edit video, machine to machine, you had to first select the point for your outgoing and incoming frames on both machines, backup the footage, and then hit the button. At that point film was still king and video was the new boy.

But by the 1980s we had moved onto machines that were remotely controlled by a central desk where you could predetermine dissolves, wipes, fades and even keying. Things were still shot on film as video was too harsh a look. The dissolves and wacky visual effects you can see on re-runs of Top of the Pops would be achieved by putting a vision mixer between the machine and manually throwing the stick.

Cut to 2014 and shooting on film is mainly a thing of the past. We don’t even shoot on tape anymore, we shoot and record onto cards. And the specs have changed from XDcam, P2, 2K and now 4K. The quality is continuously improving and the numbers changing. Everything now is file-based and we don’t need to send a tape anywhere, just through thin air. The only thing that remains unchanged is the talent of the people shooting and editing. The equipment they use has advanced almost beyond recognition.

The future will continue to see new ways to record and edit material. Here at Premier, we are continuously investing heavily in the delivery and conversion of files. The machinery is less important as we have the hardware. It is the software that changes constantly and gives us the ability to adapt and keep at the forefront of the digital world.

The way that material is delivered and how customers view it has completely changed. Gone are the days of everyone sitting together and watching the same programme on the television.  Even ‘television’ seems the wrong word.

On their journey to work people view content on their smartphones or tablets and at home, a family might sit separately watching their own channels. Smart TVs already give us access to TV, music, digital storage files, and can interface with whatever gadget we are using, or our home computers. These channels don’t necessarily need to be in the old format of a TV broadcaster; we make up our own channels by downloading from sites all the things we want to watch.

The new providers are creating content in ever improving quality, which means the requirement for higher bandwidth. But here in the UK there are places that still don’t even have internet connectivity let alone large enough bandwidth to take advantage of the high quality streaming.

A problem for governments around the world is the need to improve bandwidth for the general public, because faster delivery of content is what everyone needs to communicate and view content over the internet. That’s the direction the industry is travelling in and the UK needs to make sure it isn’t left behind.

Ralph Turner is head of client services at Premier