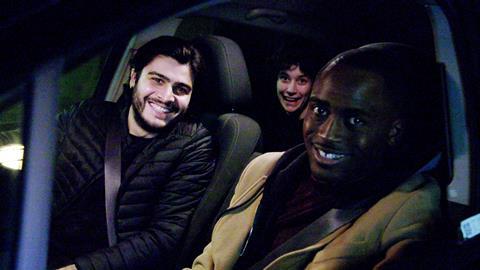 ‘Creative, funny, with great performances and a lot of charm’

The unanimous winner of this category was described by one judge as “funny, brilliantly executed and perfect as short-form content”. First featured on Pulped.com, #FML is a strand in which the public submit weird stories, before they are cast as the real-life story-teller. The scenes are reconstructed, with actors employed in the other roles.

This authentic and original way of telling stories made it feel like a “true digital production”, according to one judge, who said the fun technique enhanced the viewer experience. While most of the #FML strand revolves around disastrous dates, this three-minute episode, made for £2,000, tells the tale of a racist Uber ride.

#FML is one of the core programme offerings on Pulped.com, a direct-to-consumer, online video channel that launched in September 2019. Pulped is busy building its audience, which currently stands at just over 15 million video views. On Facebook, How Do You Get Out Of The Friendzone has attracted 2.2 million views and an episode of its gameshow Liars racked up nearly 900,000 views in only three months on YouTube.

“Hands down, without question the standout format,” said one judge. “It was creative, funny, with great performances and a lot of charm.”

Angels of the North, Twenty Six 03 Entertainment for BBC3