Join the conversation and help Bectu shape a stronger and more secure future for all, says Phillipa Childs

Bectu, representing close to 20,000 freelancers working in film and TV, has heard directly from thousands of people desperate for help.

Since the production industry shut down, the union has been inundated with questions and requests for advice. Members are desperate to know how they can access income support.

Where a PAYE freelancer can be furloughed, we have urged employers to do the right thing. However, many have been excluded because they’re not on the payroll at the right time or have no employer to be furloughed from.

The government’s failure to understand this multi-million-pound industry has been exposed.

Many people are excluded from the SEISS because they operate as a limited company or their average earnings exceed £50,000 a year – though many don’t see this in their pockets because of equipment and other outgoings.

Freelancers who have fought hard for a foothold in such a competitive industry are in shock. Their raw emotion has spilled out on to social media, in webinars, into Bectu officials’ inboxes and through any other medium you can imagine.

People are worried about how to pay the rent, put food on the table for their children, pay their utilities bills and about their futures. Many are considering whether they have to leave the industry.

The fears any freelancer has when embarking on a career in production have been magnified. Even though the nature of the lockdown is poised to change, our industry will not be back at work in two weeks’ time.

Creative, tenacious people took the risk of working in an industry with no safety net and are now left hanging.

Ultimately, no single employer is to blame – events have conspired against the whole world. However, freelancers are right to ask questions about what needs to change when the industry goes back to work.

That’s why Bectu’s New Deal initiative for freelancers is a crucial conversation and we want to involve as many people as possible.

The first wave of our consultation has taken place. Close to 2,500 film and TV freelancers participated in a ‘thought exchange’ to tell us what needs to happen to create the New Deal.

The platform allows people to answer a single question with their own thoughts and rate those of other users.

Bectu has, of course, been aware of and working on these issues for years. However, the coronavirus pandemic has brought them into sharp focus. People’s new awareness of having no protection in a crisis means they don’t want a return to the status quo.

We are setting out a roadmap of events and conversations for the new deal discussion and we invite input from all corners of the industry.

We have achieved success with rate cards and negotiated agreements with Pact in the high-end film and TV sector, but there is more work to do.

The pandemic has highlighted that many people are in a more precarious position than they imagined – the very people who have made the British film and TV industry the best in the world.

Even before Covid-19 their family lives and mental health have suffered because of long-hours work, demonstrated in recent findings by the Film and TV Charity.

Even where employers have the best will in the world, the essence of the freelancer deal is that you are always on your own when it really counts. That’s what we need to change in any new social contract that we work towards in our industry.

It’s time for employers to understand that their freelancers need greater protection, in return for the years of service they have provided for indies, studios and broadcasters.

Bectu will always focus on improving terms and conditions, but now is the chance for the entire industry to come together to make sure people are never left in a situation like this again. 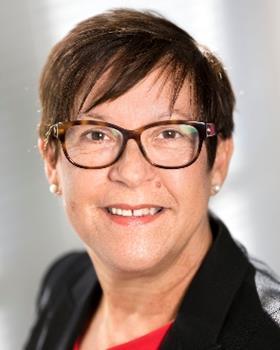 It won’t be easy, but it is the right thing to do. Freelancers need to know that this experience won’t be glossed over. We can’t miss the chance to evolve and learn from this and I urge anyone who has been affected by this crisis to join our conversation.