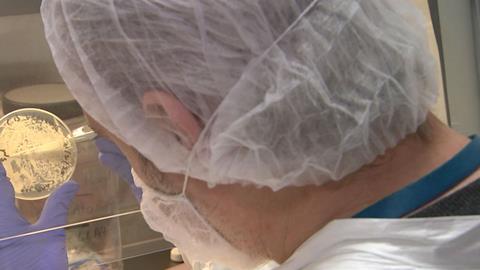 Indies are being faced with the unenviable choice of pulling the plug on productions or pushing on without insurance as they grapple with the impact of coronavirus.

A number of producers have told Broadcast that in recent weeks media insurers have begun refusing to insert ‘force majeure’ clauses into their contracts – which provide cover against shows affected by the virus.

These companies now have to consider whether to delay production as the financial risks associated with pushing on without insurance could become too great.

“The specialist media insurers haven’t been underwriting as they can’t estimate the risks,” he said.

“Some indies are planning to delay productions until they have better visibility, but others may be producing time-critical shows. Conversations are underway with broadcasters to mitigate the damage and protect people, but they are facing a knock-on effect on their schedules.”

He said ITV and Channel 4 have approached Pact with “pragmatic and helpful” plans.

The commercial PSBs are encouraging indies to speak to their commissioning editor about the situation as it unfolds and to establish whether additional funds will be made available if delays become unavoidable.

The BBC is also understood to be drafting a policy in the area and is dealing with each show on a “case-by-case basis”, according to a spokesman.

McVay said the onus is on broadcasters to ensure its suppliers are not left out of pocket.

“Normally this would be a force majeure situation but if insurers are saying no then I would expect the broadcasters to cover the cost.”

Broadcast has spoken to a number of scripted producers whose fears revolve around the repercussions of on-screen talent being forced to self-isolate.

“To be brutally honest, crew is replaceable,” said one managing director. “But it would be really problematic if an actor who appeared in lots of scenes was suddenly forced to drop out.”

He added that smaller, true indies are particularly exposed. “The production margin I get from my shows is my lifeblood,” he added. “It would be catastrophic if I am forced to take the nuclear option.”

Another scripted chief urged the industry to collaborate to mitigate the risks.

“We need to think how broadcasters, agents and producers can work together to keep shows running,” she stated.

“Is there a way that artists’ agents can relax their payment terms a little? Or is there any wriggle room around having to book talent for an entire shoot?”

One factual boss also raised questions over whether firms are expected to fund statutory sick pay for freelancers in self-quarantine.

Bectu is urging the government to cover freelancers for self-isolation, establish a system to cover lost earnings and guarantee support for businesses that cannot afford this emergency cover.