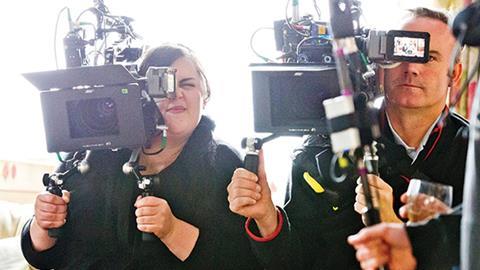 A damning Bectu-sponsored survey has found that unscripted production is operating in an “an unhealthy and unsustainable” manner and called for the introduction of minimum pay rates and greater commissioner accountability.

Due to this plethora of factors, the report said achieving a work-life balance is an almost impossible task.

“It is an open secret that production teams are routinely required to fulfil unrealistic expectations with inadequate resources and within timeframes that militate against equitable recruitment and humane working practices,” said the report.

“Professionals across the industry, at all levels, are effectively complicit in this system due to a culture that normalises and valorises working excessive hours with relatively little compensation: this is ‘just the way the industry works’.”

Conducted by a trio of Bournemouth University professors with support from Facebook group Viva La PD, the 100-page report highlights the negative impact of the shift from staff-based employment to a freelance workforce.

“[This] has resulted in an abdication of responsibility for welfare, training and development by broadcasters, with no corresponding move to take on this responsibility by independent production companies, many of which lack the resources, the expertise or the desire to do so,” they said.

Freelancers with a similar level of experience working in comparable roles are often paid wildly different rates, even within the same organisations, it added.

Existing rate cards, including those set by Bectu, Pact and the Production Manager Association, were found to be routinely ignored, resulting in a call for minimum pay standards.

Such a system would need to be “flexible and responsive”, with clarity around roles and responsibilities. It would be underpinned by an organisation able to protect the rights of workers who ”call out companies” for not meeting them.

“Unjustifiable inequities in pay lead to mistrust and anxiety that impacts working relationships as well as individual wellbeing,” the authors said.

Elsewhere, broadcasters were urged to take responsibility for the pipeline created to meet their demands, with a call for a code of practice to ensure they offer sufficiently long lead times, ethical recruitment and individual commissioning editors being held accountable for their decisions.