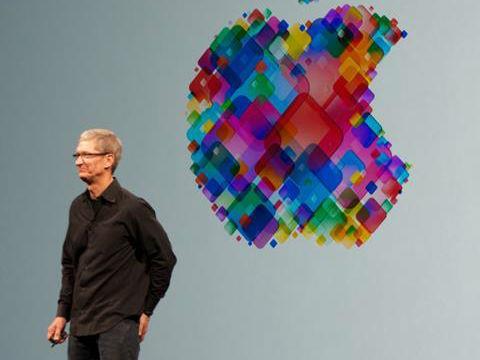 Apple is always secretive, and its upcoming video strategy has been no exception.

What we know so far is focussed on specific shows that Apple has commissioned. These include a morning television behind the scenes drama starring Reese Witherspoon and Jennifer Aniston; a sci-fi series from Ronald D. Moore; a Taika Waititi produced series based on Terry Gilliam’s Time Bandits; and a new, high-profile show from Oprah.

The breadth of these titles suggests the tech giant is keen to have something for everyone in its vast customer base of device user and also fits with a key scenario in which it could leverage content to help its hardware business.

To provide context, here are four options for how Apple could position its video offering within its wider business:

Apple has the budget and the brand to seriously disrupt the streaming media space. Moving into this space mitigates the company against declines in hardware sales as well as opening up the company to a wider consumer base. Note that Apple’s most recent quarter showed a slight decline in year-on-year revenues. This might start within the existing platform and expand to third-party distribution later.

2. A revamp of its current media proposition.

Consolidating its current applications will allow it to build a service-first UX, i.e. a rebranded bundle of Apple Music, News, potentially TV and other associated media services. Apple originals would feature as a module of this wider platform.

Apple is a premium brand with more than 1.4bn devices sold to date. In that context, a content budget of $1bn is relatively small, especially considering that it spends well over $10bn annually on R&D, which includes consumer media consumption habits.

4. Bulk out its platform project.

While Tim Cook once famously said “the future of TV is apps”, this could be more loosely interpreted as “the future of TV is apps, on a platform”. Broadcast Intelligence see re-aggregation as an important trend for the next few years. Apple could use its Apple TV platform in a similar way to Amazon’s Prime Video platform, by offering its video content in a basic pack with the option of subscribing to third party channels on top.

Apple’s $1bn content budget translates to a relatively small number of hours if it is to fill a standalone subscription service (option 1) and a Prime Video style aggregator platform has never been a priority for Apple, (option 4).

Instead, its TV projects seem to be aimed more at rewarding Apple ‘super-users’ than driving top line revenues. Netflix has already indicated that it won’t join an Apple TV platform and so this option could be dead before it starts.

Therefore, options 2 or 3 (or a hybrid solution) appear the most likely with the content either bundled with other Apple services or made available free for its hardware users. Either way, Broadcast Intelligence expects that Apple’s original content will be delivered for no upfront costs for its premium user base.

Sales of Apple handsets are declining, damaged by an influx of increasingly premium Android products, as well as pricing issues in India and China. Adding video content will help enhance the ‘value’ of the premium handset. ‘$1bn of TV content at your fingertips’ is a nice tagline and fits well with the clean and simple lines of Apple’s design philosophy.