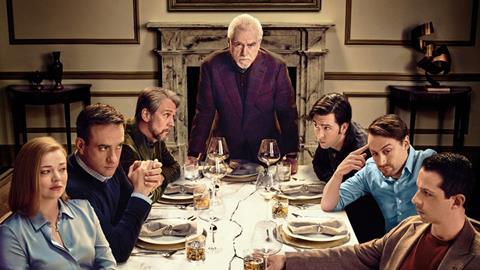 Created by Peep Show scribe Jesse Armstrong, HBO’s Succession immediately boosted the profile of Sky Atlantic when it became available on the channel.

It is unsurprising that the Golden Globes 2020 Best Television Series – Drama winner, which has also secured Emmy and Bafta accolades, provided a PR and ratings uplift for Sky Atlantic. The series launched in August 2019, with the first season peaking at 200,000 and notching up an average of 150,000 over its 10 parts.

Starring Brian Cox, Sarah Snook, Jeremy Strong, Kieran Culkin and Alan Ruck, Succession zooms in on the life of the Roy family, a privileged and dysfunctional family lorded over by patriarch Logan Roy (Cox). Logan controls one of the biggest media and entertainment conglomerates in the world and, as the title suggests, his children are in an often covert battle over who will take over the enterprise.

Initially imagined by Armstrong as a feature film about the Murdoch family, the British writer expanded the story for a television format when he included the larger landscape of Wall Street.

Sky and HBO have had an output deal since 2010, with Sky becoming the home of HBO in Europe and acquiring content including Watchmen and Big Little Lies.