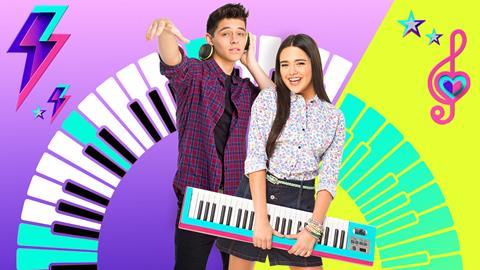 When the teen moves from a small town to the most prominent music academy in the country, she needs to balance her life as a classical pianist with her dreams of being a pop star.

Cake chief creative officer and managing director Ed Galton, whose company snapped up the broadcast rights for Europe, the Middle East and Africa, says it has “a good modern look with fantastic production values”.

He adds: “It has already achieved some impressive figures and its original musical score, with songs sung in English, gives this unique format huge global potential.”

The show’s creators plan to turn the show into a music event, supported by a live concert tour.

While 80% of Cake’s slate is animation, Galton says that whatever comes across his desk has to have a script and characters he can fall in love with, solid production credentials, great characters and commercial appeal. Kally’s MashUp ticks all those boxes.