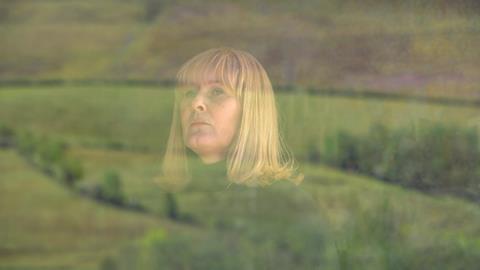 ‘The subject matter is, universal – even though viewed through a local lens. Most countries are familiar with this anger, grief and desire for justice’

The Accident is the latest drama from acclaimed writer Jack Thorne, known to international buyers for series such as National Treasure and Kiri. It tells the story of a small town in Wales that has been left behind by the decline of local industry.

A large construction project offers some hope for a better future, but that is destroyed when a local politician’s daughter leads a gang of friends onto the site. An explosion causes the building to collapse, killing everyone but her.

George Ormond, executive producer at The Forge, the All3Media- backed company that made The Accident for Channel 4 and Hulu, says: “The story is told primarily from the perspective of the mothers of the victims as they seek justice through the courts.”

These women include Polly, the rebellious girl’s mum, played by Sarah Lancashire (Kiri) and Angela, played by Joanna Scanlan (No Offence). Ormond says Polly’s position is complicated by the fact she is married to the council leader who brought the project to the town – and fears he may have cut corners.

Typical of Thorne’s approach to such stories, there are no pat answers. “It has a satisfying ending, but there are lots of twists and turns along the way,” says Ormond. “One of the great things about Jack’s work is that he always goes in asking questions – not seeking to deliver pre-prepared answers.”

In terms of the show’s tone, Ormond says The Accident is not a bleak, grey affair, but includes “grit and muscle”. He pays tribute to director Sandra Goldbacher’s “style, sensitivity and lyrical quality”, and notes the “stunning” scenery of the Welsh valleys.

Outside the US and UK, The Accident is distributed by All3Media International, which is heading to Mipcom with high hopes and key members of the cast.

Ormond has no doubt the show can travel. Aside from Thorne’s popularity among buyers, he points to “a stellar cast” that includes Sidse Babett Knudsen (Borgen) as site manager Harriet.

“The subject matter is also, sadly, universal – even though viewed through a local lens,” he adds. “We researched industrial accidents during development and most countries are familiar with this anger, grief and desire for justice.”

The series is now complete and scheduled for a C4 transmission this month, so all episodes should be available for buyers to view.