10
Hot Picks: Year of the Tribe 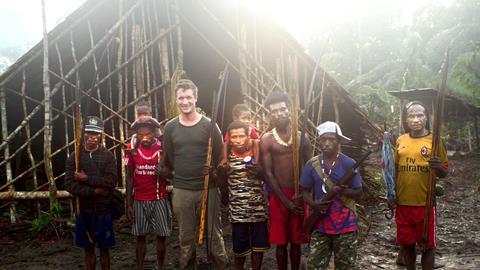 Hot Picks: Year of the Tribe

YEAR OF THE TRIBE

When UK-based Keo Films drew up plans for Year Of The Tribe, it wanted to approach the doc series in a different way to previous factual explorations of far-flung cultures.

Rather than spend short periods of time in disparate places, Keo decided to return to the same tribe four times for five-to-six-week periods over a year.

Keo creative director Will Anderson, who is in his 20th year with the indie, says that getting presenter Will Millard on board was key. Millard, who speaks fluent Indonesian, has prior experience in tribal exploration, having fronted Indus Films’ Hunters Of The South Seas for BBC2 in 2015.

His latest expedition got under way in late 2016, when he travelled to the West Papua region before filming began. While there, he became fascinated with the Korowai tribe, which was discovered in the jungle around 40 years ago.

“We thought it would be interesting to see what happened if we did three programmes all in the same place, to get to know the people much more intimately and to see how their lives changed over the course of a year,” says Anderson.

“Will [Millard] reveals the way in which the tribe is transitioning out of the forest and adapting to the modern world, and the pressure that puts on them as a community.”

Anderson says that production issues arose when the Korowai became wise to demanding payment for on-screen appearances, but Keo did not shy away from capturing these complex negotiations on screen.

“Normally, if you were only going once to film hunting or fishing, for example, you would agree payment beforehand, whereas we were entering uncharted territory,” he says. “That became stressful and difficult for Millard and the local people to navigate, and that has been included in the film.”

The Australian broadcasters were among those that purchased Keo Films’ I Bought A Rainforest (2014), Hugh’s War On Waste (2016) and Skint (renamed Struggle Street, 2016).

He thinks that Australia being geographically close to Indonesia will make the show more attractive to the territory but agrees with Hat Trick director of sales Sarah Tong that it should sell to a variety of territories.