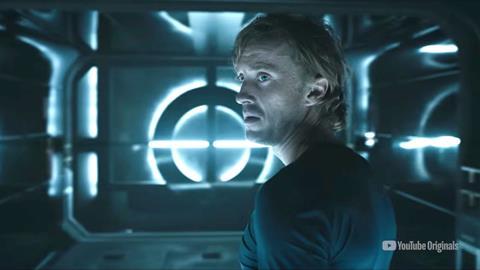 YouTube is turning away from premium, paid-for drama and scripted comedy and has stopped taking pitches from producers in the genres, according to a report from the US.

Although an official confirmation has yet to be made, Bloomberg reported that the culling of original series such as Left Bank Pictures’ sci-fi thriller Origin and US comedy Overthinking with Kat & June had forced their creators to look for a new broadcaster.

The decision comes a few months after the Google-owned company signalled a shift in their premium plans by putting its entire slate in front of the paywall as part of an ad-supported strategy.

At the time, YouTube said it “will continue to invest in scripted programming”, but the latest developments suggest this attitude has changed.

Netflix and Amazon’s continued heavy investment has put them ahead in the premium digital content space and would require an equal commitment from YouTube.

Bloomberg reports that having generated £11.4 billion ($15 billion) in advertising revenues last year, the company decided its focus should be music and gaming.

“As we look to 2019, we will continue to invest in scripted programming and shift to make our YouTube Originals ad supported to meet the growing demand of a more global fanbase,” a YouTube declared at the time of their strategy change.

“This next phase of our Originals strategy will expand the audience of our YouTube Original creators and provide advertisers with incredible content that reaches the YouTube Generation.”

YouTube’s push into original scripted programming was confirmed in 2015 with the appointment of former MTV executive Susanne Daniels as global head of original content, whose position is under threat according to the report. In response, Daniels said she was “committed to YouTube” and was preparing to “unveil our robust slate of new and returning originals.”