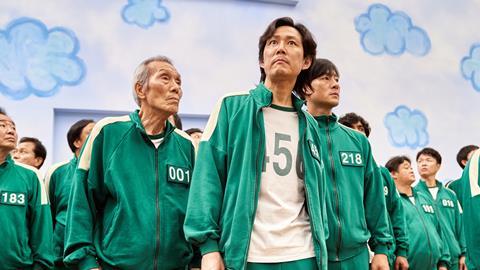 Netflix sheds subscribers for first time in more than a decade

In a rare turn of events Netflix has lost subscribers for the first time in more than a decade, shedding 200,000 global members in the first quarter of 2022.

Current global membership of 221.64m after 6.7% year-on-year growth still means Netflix is the streaming market leader, however the loss of subscribers was far off its forecasts of a 2.51m gain. The company forecast a loss of 2m global paid subscribers in the second quarter.

Stock plunged more than 20% in after-hours trading, instigating a flurry of streaming stock drops. Since 31 December, Netflix stock has tumbled 43% since it forecast low subscriber growth in the last quarter.

Ad-supported tiers on the cards

In a notable development co-chief exec Reed Hastings conceded in the post-earnings interview that Netflix is exploring advertising in lower-cost tiers in order to grow and said this was likely to happen in the next year or two.

Hastings said there was evidence such a move would work and cited Hulu and HBO Max as two streamers that have expanded to incorporate ad tiers and ad-free tiers in recent years.

In its letter to shareholders the streamer noted that while its content was seeing broad global popularity and “streaming is winning over linear”, “revenue growth has slowed considerably”.

“In the near term though, we’re not growing revenue as fast as we’d like,” the letter said. “Covid clouded the picture by significantly increasing our growth in 2020, leading us to believe that most of our slowing growth in 2021 was due to the Covid pull forward.”

Netflix said there were four factors behind “revenue growth headwinds”: factors affecting broadband adoption which it expected to improve and potentially turn all broadband households into Netflix customers; password sharing; competition from rival streamers; and macro events such as inflation, the lingering effects of the pandemic, and the suspension of service in Russia due to the invasion of Ukraine, which has led to the loss of around 700,000 subscribers.

Addressing password sharing, the company recently moved to stop the activity in parts of Latin America and is likely to expand the crackdown to other parts of the world. The letter noted that Netflix believes that in addition to its 222m paying subscribers there are more than 100m households that share passwords, of which roughly 30m are located in North America.

In response to the challenges, the company aims to improve programming and recommendations by building development and creative excellence and improve introducing a “double thumbs up” tool for members to express greater admiration for content. It is also exploring diving deeper into video games.

The company still believes that much of its future growth will come from outside the US and continues to maintain a focus on “creative development, personalization, and language presentation/localization”.

Netflix said it is producing film and TV in more than 50 countries and said three out of its six most popular TV seasons of all time were non-English-language titles: Squid Game, La Casa de Papel Part 4 and All Of Us Are Dead, which debuted in the first quarter and has generated 561m hours viewed in the first four weeks.

Content highlights from the quarter include The Tinder Swindler, which on 166m hours viewed in the first 28 days since it debuted on February 2 makes it Netflix’s most watched documentary so far. Other highlights included Bridgerton Season 2 and The Adam Project.

Looking ahead to the content slate, Sarandos pointed out the new season of Stranger Things, Season 4 of Ozark, and fourth quarter film releases like Knives Out 2, The Gray Man from the Russo brothers. “The upcoming slate in ‘22 we’re confident is better and more impactful than ‘21 and we think ‘23 will be better and more impactful than ‘22. So the content flow has been fantastic and we’re really excited about it.”