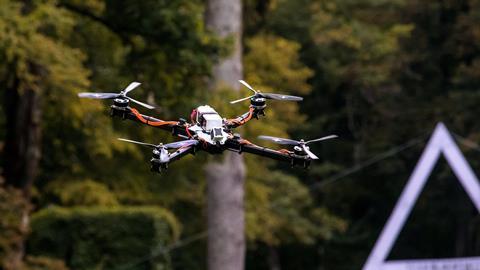 Creating a buzz at 100mph

Drone Racing takes to the air on Eurosport this month, with Aurora Media producing an ambitious hybrid format that mixes live sport with reality and factual entertainment

It’s not difficult to see the appeal of the rapidly growing sport of drone racing. One metre-long Pro Class drones weighing just shy of 5kg take to the air at frightening speeds – reaching 100mph in just over a second – and career around complex courses in a kamikaze race to the finish. Inevitably, many drones are trashed on their way round. 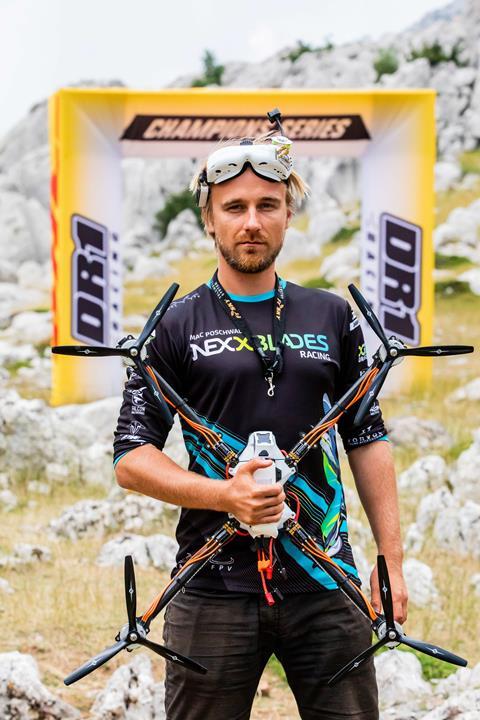 The tournament takes 15 of the world’s best drone pilots to different locations across Europe on a month-long road trip. Aurora’s accompanying 6 x 60-minute TV series for Eurosport brings all the thrills and rivalries of the event to its high-octane coverage of the sport.

It’s a mix of different genres – live sport, reality and factual entertainment – complete with heroes and villains, taking the viewer on a series of adventures on the way to the finish line. Aurora’s 20-strong production team was fully embedded with the travelling tournament for the duration.

The tournament was staged in five locations, each of which tested the skills of the drone pilots in a different way. In France, the drones raced around a medieval Chateau with a moat. Then there was an alpine lodge and a castle in Slovenia, a mountain range in Croatia and a 41-storey post tower in Bonn, Germany.

Drone racing is a skilled sport that requires ultra-fast reactions. The pilots wear First Person View (FPV) headsets while flying the drones, giving them a view as if they were sitting inside the drone. But with the drones flying near vertically for much of the time, the majority of what the pilots see is the sky or ground.

Five teams, each with three pilots, compete in the DHL Champions series, a round-robin tournament with 10 heats. Teams win points as they go along and, at the end of each event, the two teams with the most points go head-to-head to be crowned the winner of that stage. 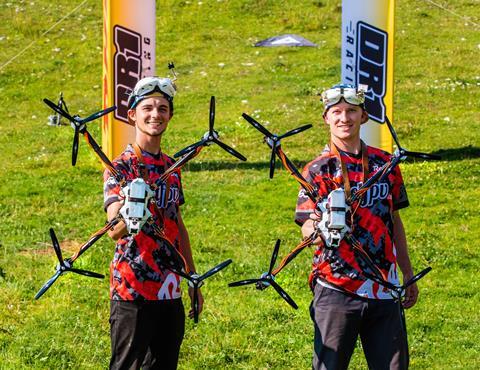 The scale of each course and Aurora’s ambitious multi-genre approach required the use of a wide selection of cameras.

Development producer Stan Stanworth, who led Aurora’s team, explains: “We have 12 to 16 live cameras covering the races, including four drones with onboard cameras.

“We use DJI Inspires, which are typically used in feature films, for our pretties and GVs. Alongside these, we have three ENG cameras picking up colour as well as some slow-mo footage. Our camera selection includes Grass Valley LDX cameras, Sony F5s and Bradley Engineering Mini Balls.”

Each race is filmed as live, with the different cameras vision-mixed on location, “so we have the race bit ready to go by the end of the shoot,” says Stanworth. “It’s a very efficient way to cover the race part, and we’re able to replicate this workflow in each of the locations.”

With so many races, Aurora had to be selective about what made the cut for its Eurosport series. Stanworth says: “We rate each race out of 10 and include the live cut of the races that get at least eight. If the race gets less than that, it’s unlikely to be shown in full or integrated into the storyline.” 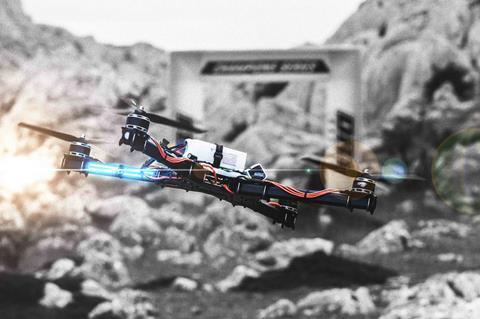 Outside of the drone races, much of the focus of the TV series is on the personalities of the pilots and team rivalries. Aurora planned hard to ensure this human aspect became a core feature of the production.

“We have a lot of experience of entertainment shows within our team, and had a meeting each night to discuss storylines,” says Stanworth.

“It’s the same team that worked on our Formula E shows, and we’ve taken the same approach of merging entertainment with the live sport.

“The pilots are the stars. We have our villains, but they are formidable at flying drones, so you still root for them. We have the lovable ones, the underachievers and the cocky ones. We’ve given them all personalities and worked towards these different storylines in the edit.”

The series is being edited in-house at Aurora, which is also creating the on-screen graphics, which are used to display a range of stats for each race.

It’s a large-scale production with six dedicated editing suites and a range of deliverables required for each platform.

Stanworth says: “There’s lots of planning and pieces of the jigsaw to join together. We’ve got editors working on the different episodes and we’re making promos and social clips too. We’re generating multiplatform content from the off, so there are lots of hands on deck. We have crews assigned to different responsibilities, including producereditors creating the social content.

“Aurora has created a graphics package and a look and feel to the race coverage that brings the personalities of the pilots to the fore. We’ve built in layers of graphics using data picked up by the drones, which we use to supplement the commentary.